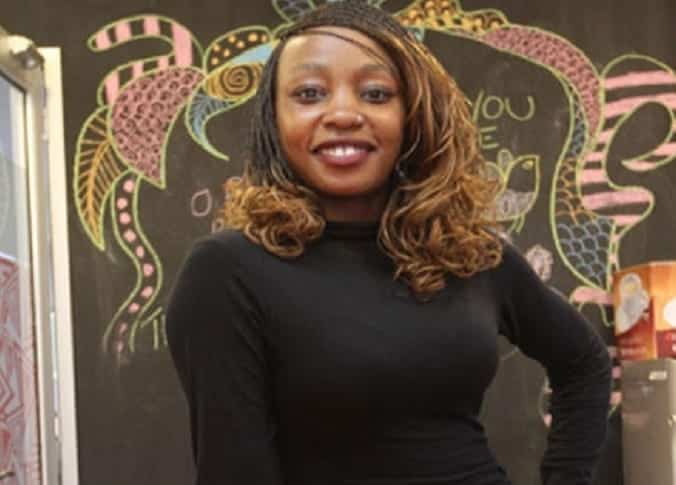 Moesha Kibibi Tajiri is the only founding female member of the award-winning FBI Dance Crew Kenya, and among the first females to represent Kenya on some of the biggest international dance stages.

The 26-year-old was born and raised in the Majengo slums, Nairobi. At 13 years of age, her parents passed away, and she was left homeless. Moesha narrated how she lived on the streets and the hardships that came with it.

“I used to sleep in the streets, being rained on and facing all the hardships that come with living on the streets. I almost got raped twice, but God was always there to rescue me,” she recalled.

Her entrepreneurial skills kicked in when she had to raise funds for her education.
“I decided to start selling groundnuts in Gikomba just to save money to continue with my secondary education, and rented a ragged house at Ksh300 a month,” she added.

She was able to put herself through Form One even as she took dancing classes. In 2009, together with a few friends, they formed the Focus Beyond Imagination Dance Crew Kenya, took part in Sakata Season 1, a dancing competition in Nairobi where they emerged second. They later took part in Season 2, in 2011, where they won Ksh1 million – and that’s when her life started to change for the better.

Moesha moved into a better house on a safer side of the slum. She was able to represent Kenya and Africa at international levels through dance.

In 2014, she was awarded the best young female dancer in Africa. She joined Tik Tok a few years back and is using the platform to connect and interact with other dancers from around the world, including the US and France.

In 2019, Moesha and her crew participated in the World Hip Hop Dance Championship in the US.

Known by her handle, @moesha_254, she also uses Tik Tok to connect extremely talented, yet underprivileged youth to the rest of the world via the platform’s global reach through dance.

She is also the founder of the Divas Power Organization, a group that empowers youth through education and talent development. She currently mentors 2,500 youth in the organization.

VIDEO: A strange human-like figure appear in the clouds in Zambia