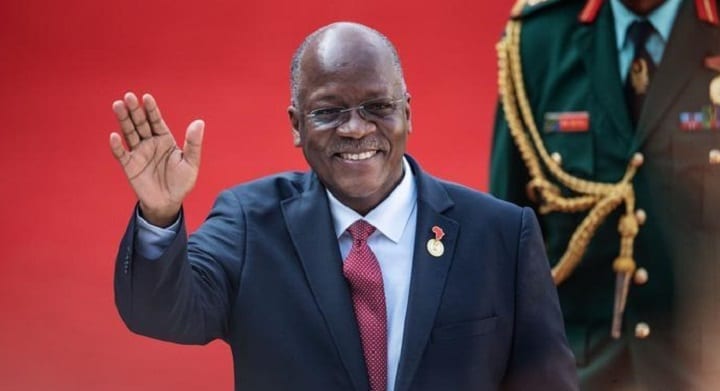 The convoy carrying the body left State House in Dar es Salaam minutes to 8am.The body was carried in a military truck under tight security by Tanzania Defence Forces.

The casket carrying the remain of the late leader is draped on Tanzanian national flag. anzanians thronged roadsides to catch a glimpse of the convoy. Some could be heard wailing in sorrow.

“Uuuwi. Baba, tutapata wapi baba kama wewe (Where will we find another father like you),” a woman was heard saying. Magufuli will be burried on March 25.

After the service at St Peters Church, the body will be moved to Uhuru grounds for public viewing. The body will remain there until March 21 before being bid farewell.

On March 24, family members and all international and invited guests will have a chance before the burial day on March 25.

According to Samia, Magufuli will be laid to rest after a church service at Chato Catholic Church. Magufuli died on March 17 after a 10-year battle to heart complications. Samia took over as the president after she was sworn-in a few minutes after 10am on Friday.

Video:Kansiime Anne thinks she is famous.