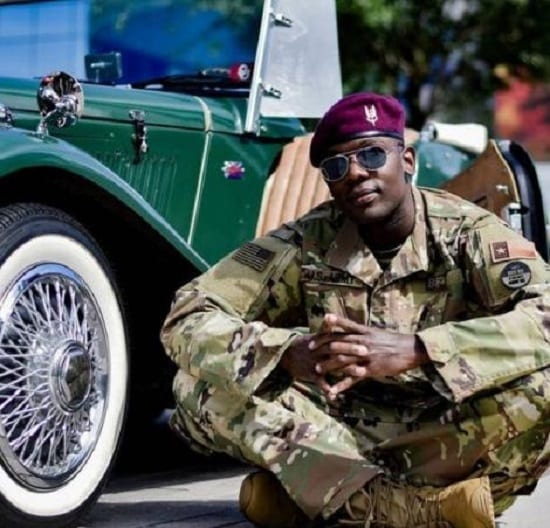 Brigeddia shared the news on his official handles disclosing that he had graduated as a member of the US Army at Fort Sill Oklahoma in the 1- 31 Bravo Battery, 434th Field Artillery.

“Put your hands together, let’s celebrate this achievement as a team. A dream that came true, 30 years later.

“And to all the young men out there, believe that dreams do come true. It’s just a matter of time. Chase your dreams. Don’t give up no matter what. Rest if you have to, but don’t you stop. Don’t you ever give up,” he urged.

“Congratulations to our very own Brigeddia General on joining the US Army. Back then he had a dream,” he stated.

Brigeddia appeared on the show where he presented his spoken-word piece, titled I have a dream which captivated audiences with his wordplay and comical interphases cultivated in the flow of his words.

He identifies himself as a poet and a musician having released various songs over the years including Binadam, Mweshimiwa, Hendisheki and Kenya Hii.

He describes his music as Afro-music combined with poetry, where he tackles issues in society that affect the common mwananchi.

Brigeddia joined Churchill Show in 2014 when he was spotted by a talent scout at a hotel where he had been performing.

“I didn’t know they had a chance comical poetry in the show. I went for the audition and they liked my presentation and called me to perform on the show,” he revealed in a previous interview.

Here is a video of Brigeddia General performing on Churchill Show: