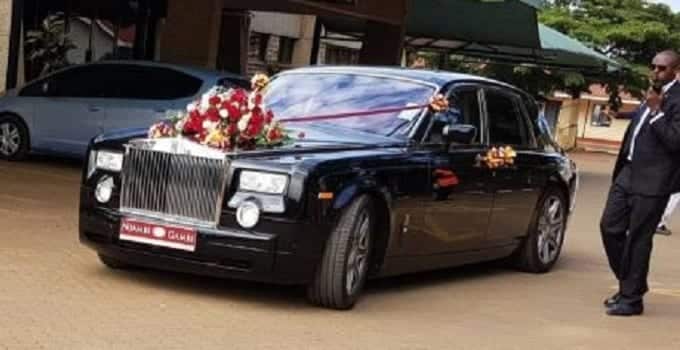 Nairobi often serves as a stage where wealthy individuals go out of their way to shower their brides with love in the form of very expensive weddings, some of which cost millions.

These couples are driven around in fleets of the most luxurious cars that money has to offer such as Range Rovers and Rolls Royce.

KTN news anchor Ken MIjungu who is the owner of Execar-tive Car Hire services explained to Kenyans.co.ke the behind-the-scenes arrangements which help pull off such stunts.

He said that car hire operators have communities of luxury car owners where they outsource the vehicles at a premium rate. 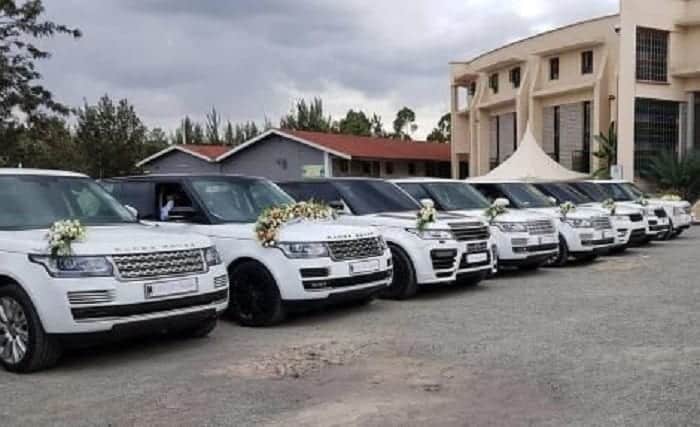 “If you want to do a wedding and you ask for 10 Range Rovers, it is very difficult for any car hiring company to own 10 Range Rovers because one costs Ksh12 million.

“What we do is, we collaborate with Range Rover owners who want some extra money on the side. A Range Rover Vogue Autobiography goes for Ksh 75,000 so if you see someone has 10 in the wedding convoy they have forked out Ksh 750,000,” he said.

The anchor said that a lot of the luxury car owners in Nairobi don’t mind hiring their cars out for a premium except a few very wealthy people who don’t need the money.

Many wedding planners have tried to get their hands on former Governor Evans Kidero’s Rolls Royce Phantom but it has proved to be a mountainous task.

Other cars that are on-demand but very hard to access include the Porsche Panamera and Bentley.

When clients need the luxury cars in the same colour, suppliers usually take them to garages where they are wrapped in the preferred colours at a cost of Ksh 15,000 per car which is carried forward to the client.

Car wraps are quicker and since the vehicles are only for temporary use, they can be removed easily to restore the car to the original colour.

The business also heavily relies on trust and referrals from previous clients. The cars are usually accompanied by drivers who are entrusted with the security of high-end vehicles.

One of the ways wedding couples can save money and still stand out is by contracting one company for all their vehicle requirements since one can negotiate discounts.

Hiring the cars per hour instead of per day also attracts a lesser fee but such arrangements are subject to the availability of the vehicle because preference is given to clients who hire them for the whole day.

“You can take a limousine for Ksh40,000 per hour to transport the bride from home to the church and still make a statement, rather than taking it for the whole day, yet it will stay parked for a good chunk of the day and cost you more,” Mijungu advised.

Tweeting Chief Kariuki Is An Inspiration To Our Generation

Sonko says some MPs plan to lock him out of politics