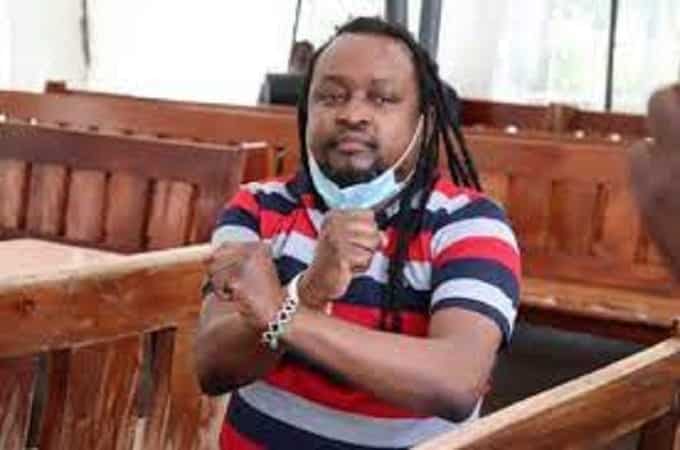 Political activist Edwin Kiama Mutemi, who recently had a run-in with the Government over his poster painting Uhuru Kenyatta as a President who has an insatiable appetite for loans, has won an elective seat in a continental NGO.

Kiama will represent East Africa at the Africans Rising NGO for a period of three years.

Africans Rising is a Pan-African movement of people and organisations, working for peace, justice and dignity.

The lobby group says, on its website, that it is focused on improving accountability, ending corruption and pushing for freedom of expression rights to be observed in African countries.

The Africans Rising’s coordinating collective elections were concluded on April 18 after 14 days of voting.

His title, as per the NGO’s profile, is East African Representative to The African Rising Movement’s Coordinating Collective.

“I’m honoured and humbled to be elected to represent East Africa. Only registered members could vote. That made it challenging for us (contestants), because we did not have copies of the list of registered members eligible to vote. So, we did not know who to approach for lobbying,” said Kiama, who got 35 votes out of 132. Another Kenyan, Halima Nyota, came second in the category with 26 votes.

Kiama was arrested on April 6, 2021 at his Nairobi home for allegedly authoring a poster in which he warned the international community against approving loans applied for by President Kenyatta.

His controversial poster came on the back of a Sh255 billion loan disbursement to Kenya by the International Monetary Fund (IMF).

The debt added on taxpayers’ shoulders attracted criticism from Kenyans online, who took to Twitter to ask the IMF to rescind their decision of giving Kenya the multi-billion-shilling loan.

On April 20, Kiama, who was represented in court by Senior Counsel Martha Karua, was released unconditionally after the Prosecution failed to produce evidence linking him to cybercrime and publication of false information about the President.

The court ordered that the Sh500,000 bail that Kiama had posted for his release on April 18, be refunded.