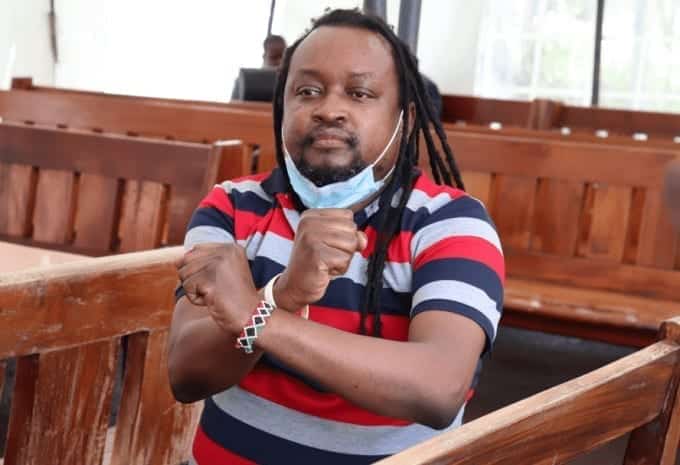 A Nairobi court has released Anti-IMF loan activist Mutemi Kiama on Kshs. 500,000 cash bail, and a surety of a similar amount.

In a ruling on Thursday, Senior Resident Magistrate Jane Kamau said that the State failed to give compelling reasons to keep detaining Kiama.

The magistrate however ordered the activist not to share any messages or images on Kenya’s foreign loans or President Uhuru Kenyatta.

Kiama will be required to report to the Investigating Officer, Patrick Kibowen, for the next 10 days for further supervision.

Kibowen had accused Kiama of committing cybercrime-related offences through his twitter handle, dated between April 5th and 6th of 2021.

Earlier the police were seeking to detain Kiama for 2 weeks, to conduct further investigations.

He was arrested for making a viral notice with President Uhuru Kenyatta’s face, warning the world against entering into loan agreements with him, on behalf of the country.

This is after the International Monetary Fund approved a Ksh 255 billion loan to Kenya.

The case facing Kiama will be mentioned on April 20th 2021.