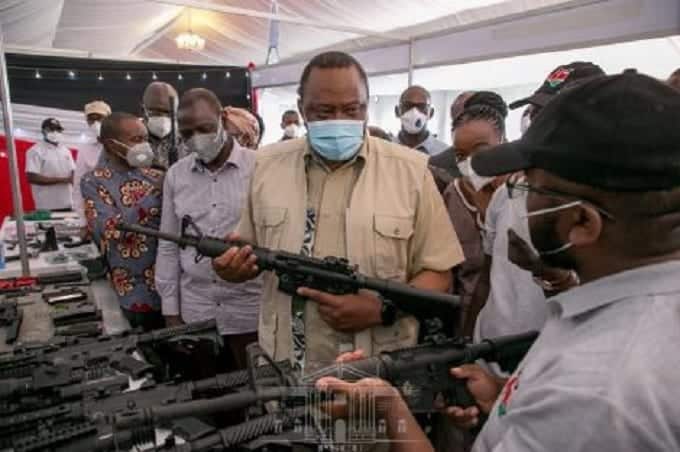 When President Uhuru Kenyatta gave the green light for one of Kenya’s most secretly undertaken projects, the government was slapped with a possible bill of Ksh15 billion by external experts.

With the government facing a cash crunch and a citizenry also facing an acute shortage of resources, security officials had to perform a tough balancing act.

This is how Chalbi Industries grabbed the opportunity to cement itself in the history books to become the company behind Kenya’s first gun factory and in the process saving the government Ksh11 billion.

An impressed President Kenyatta could not hide his satisfaction at what the company had been able to innovate and more so the young brains involved in the process.

At current production and demand levels, the factory is already self-sustaining and over the next year, Chalbi Industries faces the task of introducing the 9mm pistols in the production line.

The company describes itself as a high precision engineering company providing high-quality machining, fabrication and consultancy services to the general manufacturing industry including both government and commercial markets.

Precision engineering is concerned with designing machines, fixtures, and other structures that have exceptionally low tolerances. Low tolerance is design language meaning a low margin of error.

As you would imagine, accuracy and precision are critical in gun manufacturing.

Gun parts at the factory are made using CNC machines which experts say use coded instructions. President Kenyatta stated that the site has a production capacity of 12,000 rifles annually.

One of the machines, a Deckel Maho 5 axis machine costs more than Ksh54 million.

Young innovators are at the heart of the operations and according to Government Spokesperson Cyrus Oguna, such talent is plucked from universities with the help of lecturers.