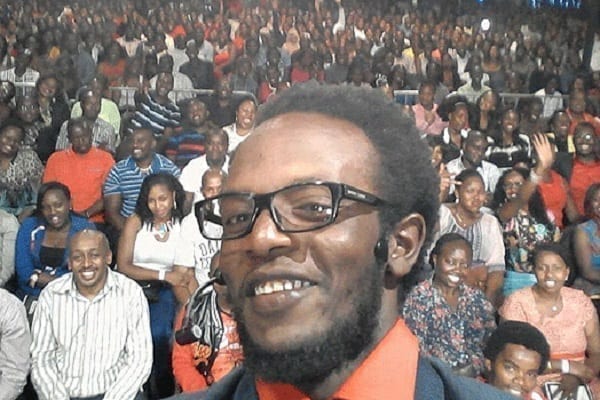 Media personality Herman Kago alias Prof Hamo has quit his job as a radio presenter. Nairobi News can confirm the radio presenter has not been on air for the past three weeks.

Hamo, who doubles up as a renowned comedian on the Churchill Live show, normally co-hosts the breakfast show on Hot 96 FM alongside Jeff Koinange.

Reports suggest he left without notice.

“We don’t know why he quit. He just stopped showing up for work. Directors tried to call him, but his phone went unanswered. He has not replied to his mails too,” the source told Nairobi News.

He’s been replaced by the Deputy Station Manager, Clyde.

Another source suggests he may have been forced to quit that after the management circulated an internal memo banning employees from running campaigns or appearing on billboards for clients.

In the memo seen by Nairobi News, the management stated it appreciated individual brands in the RMS family.

It, however, noted that the use and deployments of such talent, whether in personal or corporate activities, greatly affected and influenced the overall brand of the Company.

“The guidelines apply to any staff seeking to take part in any advertisement i.e. Outdoor, Fliers, Radio, Television, and /or Digital platforms or in an event as a Master of Ceremony, panelist, host or Contributor,” read part of the memo dated April 20, 2021.

Hamo has hit headlines in recent time in the wake of allegations he’d neglected kids he sired with fellow comedian Stella Koitie aka Jemutai.

He responded by denying the allegations as their public spat got uglier before the duo’s boss Churchill intervened.

It later emerged Hamo requested DNA tests for the kids. The test would confirm him as the dad.