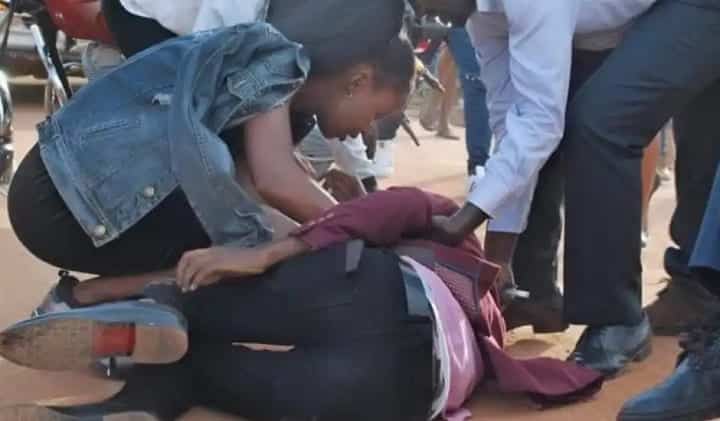 A Ugandan man has officially raised the bar for making a marriage proposal a notch higher after staging a health attack on the street to pop the question to his lover.

David Kitongole pretended to faint while walking with his lover on the streets and his girl shocked after he “collapsed” and she was seen trying to figure out what happened to him.

In the pictures he shared on his Facebook page, the romantic man then woke up and covered in dust, he went on one knee and asked his visibly surprised girlfriend the magical question.

The surprised woman buried her head in her hands as she digested the moment that was unfolding very fast and which had attracted the attention of tens of people. 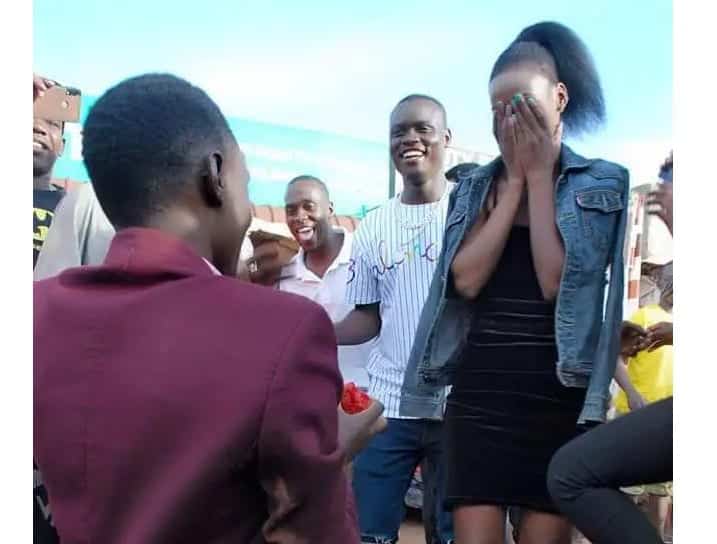 “Yes,” she excitedly blurted out the answer and Kitongole immediately slid the ring in her finger as a guitarist serenaded them. A photographer captured the proposal perfectly and the crowd that had gathered to witness the romantic moment applauded the duo.