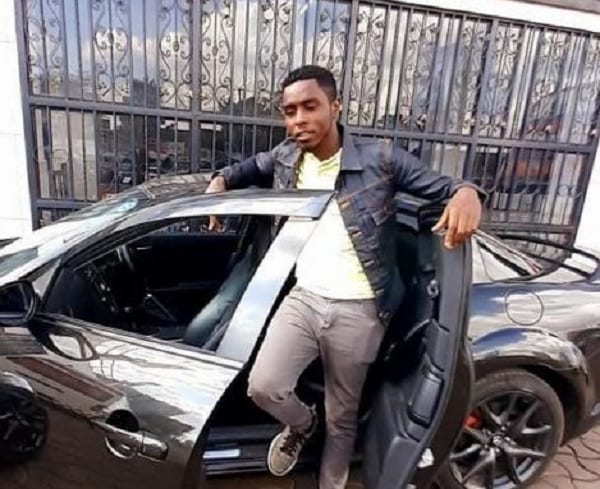 An adage by Hellen Keller states that the only thing worse than being blind is having sight but no vision.

Imagine having to reinvent your life after losing your sight. At the tender age of ten, Julius Mbura lost his eyesight for the first time. He was rushed to the hospital and doctors could not identify the problem.

After numerous hospital visits, he was diagnosed with a condition known as Maculopathy Rentisis Pigemntosa. The condition affects the retina- a part of the eye that receives and visualizes information. It progresses gradually and eventually leads to total blindness.

However, it neither stopped him nor slowed him down. He joined completed his education, going all the way to law school and is now practising by helping visually Impaired people.

As an advocate for disability rights, he works for an organization known as Enabled. Their aim is to empower visually impaired persons to adopt the use of assistive technology.

Your Story Is Unique: It Could Be What The World Is Waiting…

This Is Good:Story of a King and his friend

“My passion for cars goes way back when I was just six years old,” he stated.

He is adept at reviewing cars. With touch and hearing, he can identify the type of car, engine and even tell where the gear is placed.

The lawyer not only reviews cars, he drives them too. When he gets behind the steering wheel, he is not triggered by fear of the unknown.

“I do everything by myself. I cook, clean and even bake,” he clarifies.

“I try to demystify the misconceptions about persons with disabilities. When people approach anybody with a disability they should not sympathize with us instead focus on what we have overcome,” mentioned Julius.

His new lease on life is as a result of acceptance. He encourages people to be okay with who they are, accept themselves and live life unapologetically.

“I see life through a different lens, something totally different from what people perceive is sight-I use my vision,” stated Julius.