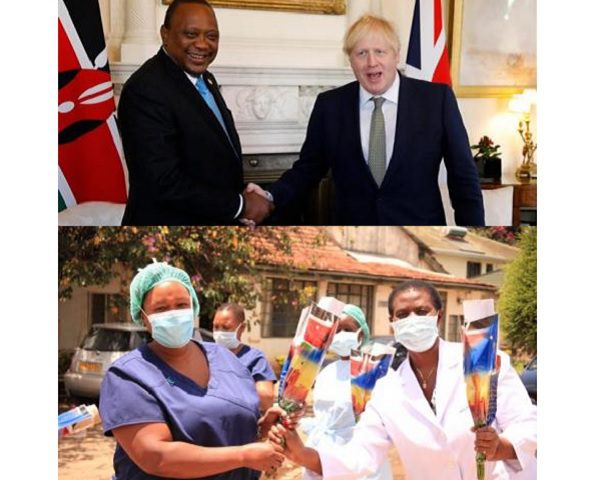 The United Kingdom (UK) will hire more than 3,000 jobless Kenyan nurses and health care workers in the new scheme proposed by Kenya.

The agreement is expected to be signed by the UK Health Secretary Sajid Javid and Kenya’s Labour Cabinet Secretary Simon Chelagui on Thursday, July 29.

In the new scheme between Kenya and Britain, the unemployed health workers will serve in the UK’s National Health Service (NHS) before returning to work in Kenya.

The agreement will be a boost to an existing agreement that enabled a number of Kenyans to work for the NHS.

Selected nurses and health workers and the processes of applying for their visas will be confirmed before the end of October.

The Kenyan nurses and health care workers will help meet the high demand for trained medical staff in the UK.

In January, Britain allowed skilled Kenyans without degrees to apply for work permits in Britain under post-Brexit immigration rules.

The new immigration rules proposed in July 2020, lowered the requirement for job applicants to a minimum skill level, under the European Union bloc system.

In 2020, Britain had scrapped off the Immigration Healthcare Surcharge Fee making it easier for immigrant nurses to work in the country.

President Uhuru Kenyatta will witness the signing of the Kenya-UK Health Alliance at the Royal College of Physics. This will see a boost in research and collaboration between the UK and Kenyan universities and teaching hospitals.

The UK Health Alliance will see a partnership between Kenyatta University Teaching Research and Referral Hospital and the University of Manchester on improving cancer treatment.

Video:Mohammed Ali reveals the people who have tried to bribe him