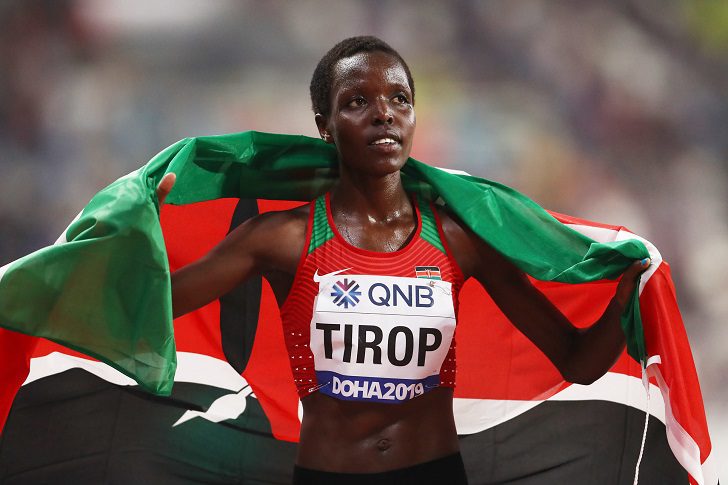 Olympian Agnes Tirop was found dead on Wednesday, October 13, 2021, at her home in Iten, Elgeyo Marakwet County. According to reports, the athlete was found with stab wounds in her abdomen.

“Tirop was found dead at their home in Iten after she was allegedly stabbed by her husband,” a statement by Athletics Kenya read in part.

She was part of the 5000 meters Kenya women’s team at the Tokyo Olympics, where she came in fourth at the finals.

News of Tirop’s untimely demise was confirmed by Barnaba Korir, the chairperson of Athletics Kenya in Nairobi Region.

“It is true and a very sad story that Tirop has been found dead. From the reports we are getting is that she has been stabbed her lover. We have sent a team of Athletics Officials there to get further details,” Korir said.

The 25-year-old burst into the national limelight in 2012 after claiming the junior cross country championships. Since then, she has proceeded to represent Kenya on multiple occasions.

In 2015, she became the second-youngest medallist at the 2015 IAAF World Cross Country Championships in the women’s race.

On September 12, Tirop made history in the adizero Road To Records event in Germany.

She clocked a time of 30:01, slashing 28 seconds from the previous record that had stood for 19 years.

Tirop sped away from compatriot Sheila Chepkirui to break the mark of 30:29 which had been set by Moroccan Asmae Leghzaoui in 2002.