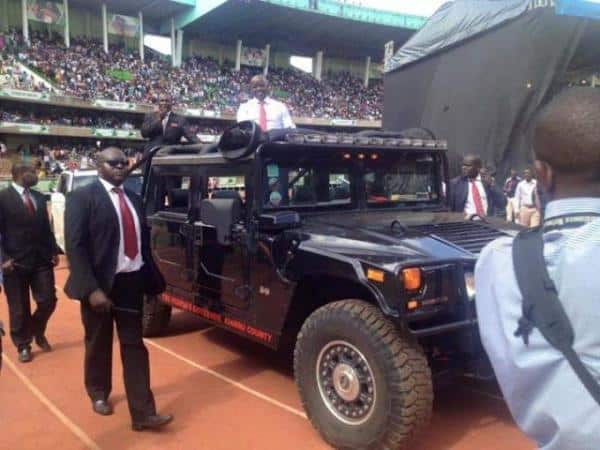 Listeners of the vernacular radio station thronged the stadium in huge numbers in the event that was also attended by media personalities, religious leaders, and politicians. It was during this event when Gatundu South Member of Parliament Moses Kuria made controversial remarks calling for the assassination of ODM leader Raila Odinga.

Njogu wa Njoroge, in his 15 years as a radio presenter has served an an inspiration to many, making a name for himself for being on the front-line of helping the less fortunate in the society. One of his most successful initiatives managed to raise a whooping KSh 3.2 million in just two hours to assist a sick Shiro wa GP (a vernacular singer).

His other initiatives have been equally successful making him a force to reckon with in the media sphere.

Rumour has it that the event was used by the radio host as a platform to launch his political career. He is rumoured to be eyeing a legislative seat in the 2017 general Election on Uhuru’s Jubilee Alliance Party ticket.

During the event, Ksh 2 Million was raised.

The donations will go towards helping children with special needs at a school in Njoro, Nakuru.

Here are some photos: