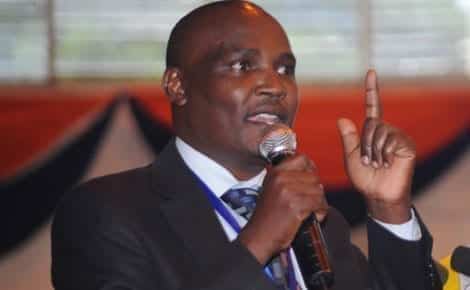 Bungoma ‘moneybags’ Moses Nandalwe has quit Ford Kenya for ODM in the hope that it will help him clinch the Sirisia MP seat.

The youthful politician made the decision on Thursday after a delegates meeting with party leader Raila Odinga at the Orange House headquarters in Nairobi.

Nandalwe vied for the Sirisia seat on a Ford Kenya ticket in 2013 but lost to John Waluke.

“I narrowly lost the seat because the people of Sirisia wanted to support Raila and ODM,” he told the Star by phone on Friday.

“Now that Waluke has joined Jubilee I have joined ODM and I am very hopeful that I will clinch the seat by 8am.”

Nandalwe said he did not have any problems with Ford Kenya party leader Moses Wetang’ula (Bungoma Senator).

He said he had always longed to work with ODM as it has a national outlook, and that many youths have won elective posts under it.

“I am a development oriented leader who is going to work with Raila to ensure is still popular in western despite some leaders leaving for Jubilee because of their selfish interests,” he said.

Raila welcomed Nandalwe saying ODM is the choice party for youths and leaders of tomorrow.

Nandalwe has joined ODM barely a week after Waluke quit his positions as national security and Bungoma county chairman.

Poghisio: Raila should bow out of presidential race

Against All Odds Video:Was it a miracle? Isreali Rescue At Entebbe (2005)