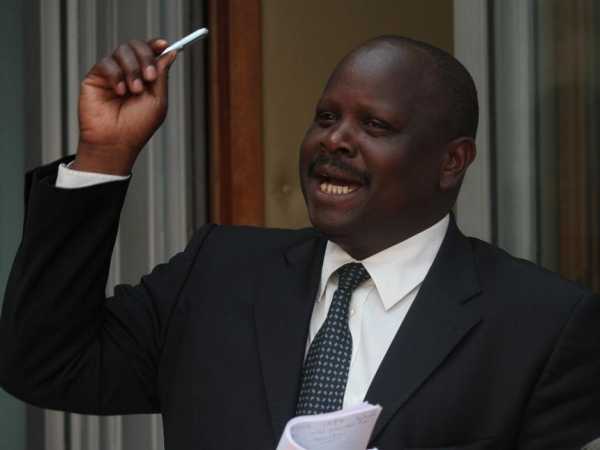 Deputy President William Ruto and Bomet Governor Isaac Rutto are engaged in a fresh war of words barely two months after they agreed to put aside their differences.

The DP toured the region on Friday to launch the Silibwet-Olenguruone tarmac road, street lighting project and last mile connectivity project in villages. The governor was absent.

The DP, while addressing residents at Silibwet Stadium, said the next Bomet governor will be from Jubilee.

Amid cheers from the crowd, the DP said: “Those who might encounter my friend let him know this is a Jubilee zone”.

He accused Rutto of not delivering his pre-election promises and instead, engaging in negative criticism of the Jubilee administration and political rivalry.

Ruto said it is unfortunate that the Bomet governor is becoming a stumbling block in the construction of a university.

“It is surprising that one can use a development project to gain political mileage. How, in this century, can one prefer a dumpsite over a learning institution?” the DP said.

But Rutto accused the DP of being a dictator, saying he is free to form or join any political outfit of his choice.

Speaking at Tenwek on Saturday, the governor said he will defend his seat on his Chama Cha Mashinani ticket, not Jubilee.

He said leaders cannot be imposed on the people.