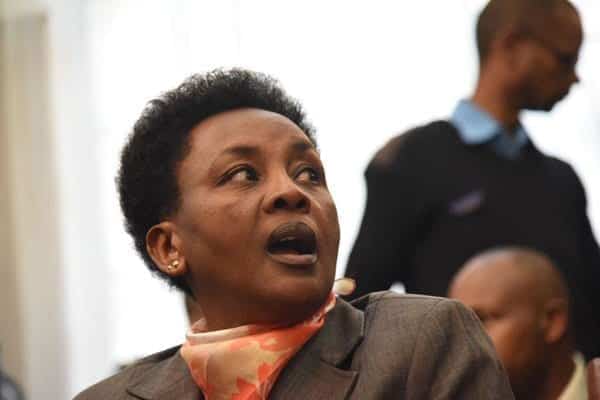 Deputy Chief Justice Philomena Mwilu sold the two parcels of land in Nairobi that she reclaimed from Imperial Bank where they had been used as security for a Sh60 million loan, court filings have now revealed.

Documents Justice Mwilu has filed in court indicate that, after recovering the properties through a process that has now landed her in trouble, she sold the land for an undisclosed amount.

The criminal cases revolve around 10 pieces of land that Justice Mwilu acquired. She still owns seven of the properties. Nation has been able to establish that three of the parcels are worth Sh231 million, based on the stamp duty she has been accused of evading.

Director of Public Prosecutions Noordin Haji says the judge fraudulently recovered her properties from the bank after she “induced” KDIC CEO and Imperial Bank receiver manager Mohamud Mohamud in the pretext that she would substitute them with another piece of land.

Justice Mwilu approached the Kenya Deposit Insurance Corporation on November 12, 2015 seeking to have the two prime properties, referenced as 3734/202 and 3734/209 at the lands registry, released to her because she had found a buyer for them.

At the time, KDIC’s Peter Gatere was Imperial Bank’s receiver manager. He was however replaced by KDIC CEO Mohamud Ahmed Mohamud.

Mr Mohamud responded to the judge’s letter on December 22, 2015 and demanded that she offset a Sh60 million short-term loan the lender had given her using the sale proceeds. The short-term loan was secured with title deeds for five separate pieces of land.

The two pieces of land had been used as security for a separate loan, long-term, also Sh60 million. By the time Justice Mwilu sought the discharge of her properties, the loan stood at Sh59.3 million.

After selling the land, Justice Mwilu offset the Sh60 million short term loan, and an unsecured loan that had a Sh2 million balance. The judge says she was in 2013 issued with a Sh12 million loan.

She paid the lender Sh65 million in January, 2016. The Sh3 million was used to offset part of the long term loan, leaving a Sh56.3 million balance on the borrowing.

The documents have been filed in Justice Mwilu’s petition seeking to block fraudulent recovery of loan security, abuse of office, tax evasion and forgery charges that she could now face.

The judge and Mr Kiima were yet to be charged, hence are yet to respond to the allegations in the criminal case. But Justice Mwilu has denied any wrongdoing in her petition.

She was to be charged alongside lawyer Stanley Muluvi Kiima, who acted for the Supreme Court judge in all the land transactions that have now threatened to end both their careers.

Justice Mwilu says she cleared the short term loan, but does not explain whether she substituted the loan security with a different land parcel as promised.