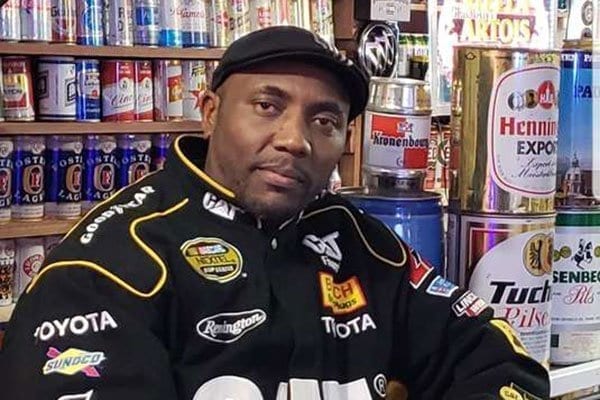 During this merrymaking season, garbage collectors are at full throttle, with discarded beer and soft drinks cans among their principal cluster.

But while the rest of us instinctively toss these cans into trash bins as we fuel our bodies with party liquor, Mr Peter Macharia is making a lucrative career out of collecting them.

The crunching sound of a beer can being destroyed is probably his worst nightmare as he has, so far, collected of over 5,000 used beer cans from all over the world.

He stores them in a well-thought-out, personal basement museum in New Jersey, USA, that was early this year given a seal of approval by the Brewery Collectables Club of America (BCCA).

It is at the “man cave”, as Mr Macharia has nicknamed this basement museum, that you will find him relaxing during his time off work, arranging and taking stock of the collection.

“It’s an interesting hobby and a unique one at that,” says Mr Eutychus Kang’arua, Mr Macharia’s friend who runs Latha Foods, a nyama choma business, in New Jersey.

“He amazes us all with how patiently he collects these cans.”

Mr Macharia travels far and wide to collect the cans, although he mostly purchases them on e-commerce platform, eBay.

He is currently on a full-time job as a technician at a Mercedes Benz dealership in New Jersey, but his passion for collecting beer cans is as deep as his love for automobile engineering.

“I got my first can in April 2005, although I actually started my collection in 2011,” he told Sunday Nation in an interview last week.

“I was inspired by the beauty of beer cans. They are an amazing work of art and they are collectibles with wild, eye-catching designs — exotic and gaudy. I started with just one can and I now have over 5,000,” he said.

“I collect special beer cans and anything to do with beer, including advertisements, beer mirrors and everything else that comes with beer,” he added.

Mr Macharia got the collection idea from a long-time landlord at a previous residence in the USA.

“He realised I had a few cans that I didn’t throw away, and that’s when he told me I could actually turn beer can collection into a hobby and business.”

“At the time I had nowhere to display the cans and I could just collect them and put them in a box. But now, God has been good and I have a place where I can display them. I value the cans as every can has a beauty of its own kind.”

“I joined the world’s biggest association of brewery collectors that collects beer cans and breweriana, or anything related to beer, and I now have my BCCA personal number which cannot be given to anyone else worldwide.”

His collection of cans from over 90 countries includes some as old as 83 years of age, dating back to 1935 when the first beer cans were produced, thus catching BCCA’s eye, with the world’s biggest association of brewery collectors recently awarding him a certificate of compliance and recognition on May 25 this year.

Such recognition means Mr Macharia joins a distinguished club of brewery heritage preservation and can exhibit at brewery trade fairs for free.

He also gets to meet other collectors and executives of brewing companies. He is currently the only collector from Africa registered and certified by BCCA.

The hobby of collecting beer cans is a lucrative one too, as collectors get to sell the cans from as low as one dollar to up to as much as $1,000, depending on the age, historical value and aesthetic considerations of the cans.

Mr Jeff Lebo from York Haven, Pennsylvania, is on record as having the largest beer can collection in the world, with 87,000 cans neatly stacked in his Brewhouse Mountain holiday home that doubles up as a $500 room-a-night hotel.

His collection’s value is an estimated $1.9 million and it took Mr Lebo 40 years to collect the cans and two years to neatly put them together at Brewhouse Mountain.

Married with two children — Beatrice, 13, and one-year-old Briana — Mr Macharia hopes to, one day, ship his cans to Kenya and open a museum of collections.

“In 10 to 20 years, I see myself with the biggest brewery museum in Africa.” Interestingly, with all his collection, Mr Macharia isn’t an avid drinker of beer.

“I’m not a beer drinking fan, but one for the road is not a sin!” He says.

As they say, one man’s trash is another man’s treasure; and Mr Macharia is setting himself up to make fortunes out of his beer can collection hobby.

Should he decide to trade, his collection could fetch anything between Sh500,000 and Sh3 million, as the cans are a fine blend of old and new.

And by the way, did you know there is a “National Beer Can Appreciation Day” in USA?

It falls on January 24 in remembrance of the thirst-quenching day beer was first sold in cans, and is definitely distinctly marked out on Mr Macharia’s calendar.

DEVOTION:ARE YOU CONVINCED THAT GOD LOVES YOU?