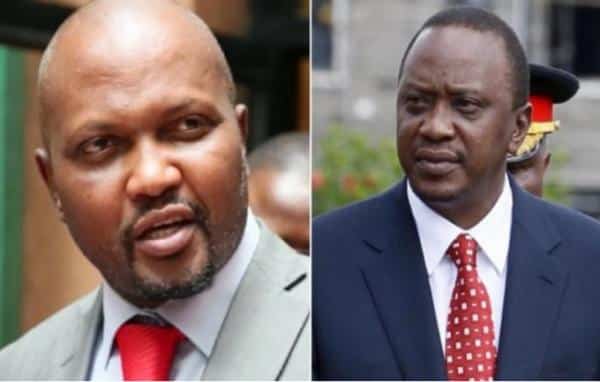 Is there more than meets the eye in the differences between Gatundu South MP and President Uhuru Kenyatta?

This is the question most people are asking themselves after the legislator launched a scathing attack on President Kenyatta, who hails from his constituency during the New Year eve.​

President Kenyatta in an official letter seen by The Grapevine overruled the Kuria’s proposal over a Sh2.8 billion road project.

Mr Kenyatta in a presidential directive through the through the Infrastructure PS in a letter dated July 31st ordered that the road design be changed.

It is understood that the lawmaker did not take kindly the interference with the 28km, but could not protest.

“His difference with Uhuru are not about 2022 or anything to do with DP Ruto, it is their own Gatundu South affairs,” said an MP who is close to the lawmaker.