Some Cabinet Secretaries and senior government officials have already started packing for fear that President Uhuru Kenyatta will call for their resignation during the State of the Nation address to be held on Thursday.

On Wednesday, a CS mentioned to the recent publicized corruption scandals was quoted by a local daily confessing fear that President Kenyatta could send several of them away during the State of the Nation address.

The CS added that several senior level government officials have been dormant out of the anxiety caused by the high-profile investigations being conduced by DCI George Kinoti and DPP Noordin Haji.

The Arror and Kimwarer dam scandal has particularly caused panic – with at least five CSs and two PSs being grilled in connection to possible loss of public funds. 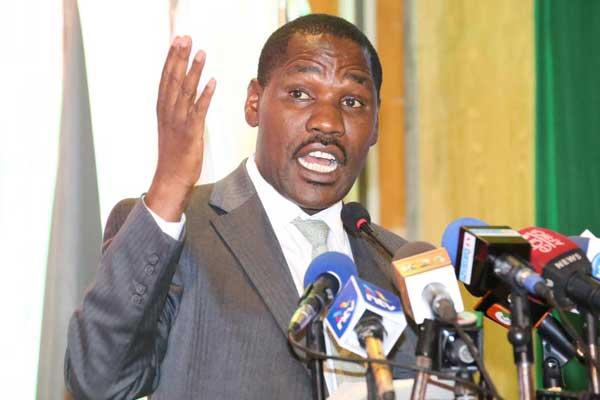 Munya is reported to have implicated a senior government official who he accused of putting pressure on him to release an additional Sh4 billion for the controversial dams project.

Last week, President Kenyatta had a publicized lunch date with his deputy William Ruto where talks featured the State of the National Address to be made at Parliament on Thursday.

On Sunday, the Nation quoted its sources saying Kenyatta had told Ruto not to take it personally as the war on corruption would escalate in the coming week (this week).

Curiously, the Deputy President personally responded to the Nation story, insisting that what he and Kenyatta had discussed was only known to the two of them.

In 2015, President Kenyatta used the State of the Nation Address to forced several CSs step aside based on the fact that the EACC was investigating them on various corruption-related offences.

While most of the officials were finally cleared, they did not make it back to Parliament and Kenyatta would later complain that the EACC had let him down by presenting a shoddy report that did not sustain a case against the affected officials.