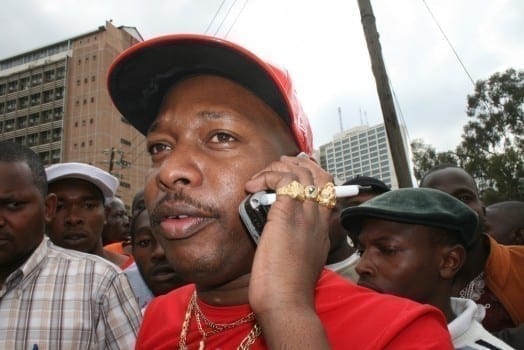 Another Sonko’s phone conversation leaks online, Ndolo learns the hard way: Nairobi Governor Mike Sonko has often portrayed himself as the voice of the oppressed although some people have a problem with his honesty and choice of words.

Well, former Makadara MP Reuben Ndolo learnt this the hard way when he reached to the governor to bail him out after he was arrested over the weekend.

Ndolo was arrested on Saturday night at Bustani Gardens along Oledume Rd in Nairobi for creating disturbance and threatening to kill and he reached out to his close friend, Sonko, to help him out.

In the phone call, which has now been leaked online, Ndolo pleads with Sonko to help him out but the governor maintains that the rights of Wanjiku should be upheld at all times, adding that despite their close friendship he will let him (Ndolo) spent the night in police cells.

Here’s how the conversation went:

The governor adds that he knows what transpired prior to Ndolo’s arrest and maintains that the former legislator was at fault.

“We can’t spend the day together, eat together as we fight for ‘Wanjiku’ from the city cartels and at the same time you go and break the law,” he adds.

Ndolo was on Tuesday charged alongside six others for creating disturbance and threatening to kill.

Appearing before Chief Magistrate Martha Mutuku, he denied the charges and was released on a cash bail of Sh200,000.

How to Shape Our Destiny-We must have a goal

There’s Nothing as Exciting as a Comeback