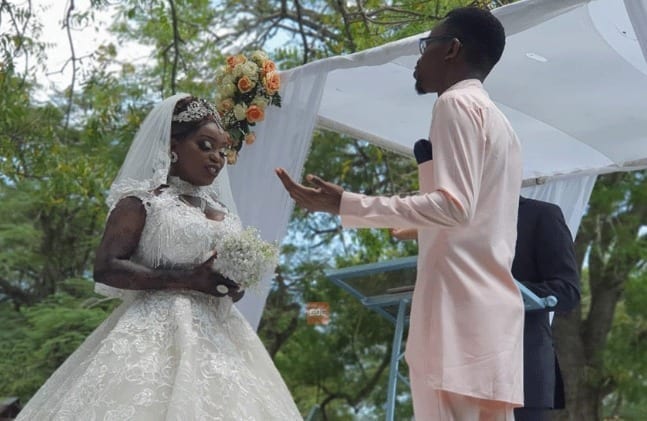 Mwaka’s grand entry into the venue oozed class. Her aisle was draped in a fuchsia carpet that continuously permeated elegance as if in one with the top of range vehicle she stepped out in.

The lovebird’s traditional engagement ceremony was held in Kibwezi, Makueni County, on August 10; two months after she said ‘Yes’ to a proposal from the architect at a private event in Nairobi.