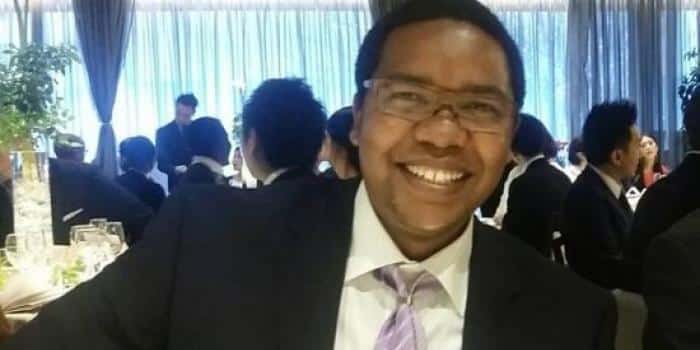 It is not often that a Kenyan scales global conglomerates to head major portfolios, but a story is told of one John Mungai .

As indicated on his LinkedIn page, Mungai attended Mang’u High School between the years 2000 and 2003 and later Ritsumeikan Asian Pacific University between the years 2005 and 2009 where he graduated with a degree in business administration, with finance and international corporate strategy as double majors.

In 2014, Mungai attended Temple University in Japan where he attained a certificate in project management.

Mungai boasts a wealth of experience having served at various demanding and executive positions.

Prior to completing his university studies, Mungai worked as an intern at the Oita Bank in 2008, serving in the international trade and securities departments.

For two years spanning October 2009 and November 2011, Mungai served as an assistant manager in charge of Europe, the Middle East and Africa (EMEA) and India for Fujitsu Limited. Mungai, in his capacity, executed financial management and reporting, a compilation of entity and group budgeting, and medium-term strategic planning.

Mungai later joined Boston Scientific as a senior financial analyst, where he served between November 2011 and May 2013.

From June 2013 and June 2016, Mungai served at AbbVie, a pharmaceutical company, as a demand coordinator.

Mungai joined Bayer Pharmaceuticals’ Japan outfit in July 2016 as a franchise controller. In September 2017, he was elevated to the role of senior finance partner for oncology, haematology, and ophthalmology departments.

Mungai’s role in the conglomerate involves the control of the budget intended for the research and production of drugs and medicine meant for the treatment of cancerous tumours, rare conditions of the eye, and the ailments of the blood among others.

I do not sell drugs, I have over 1000 title deeds of properties I own-Sonko