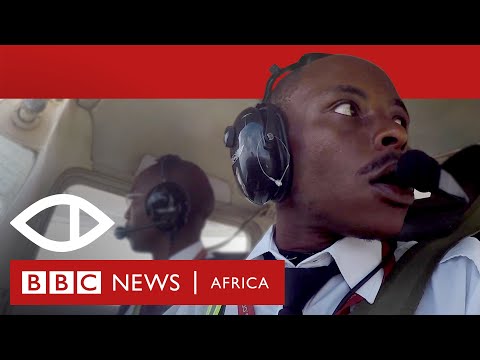 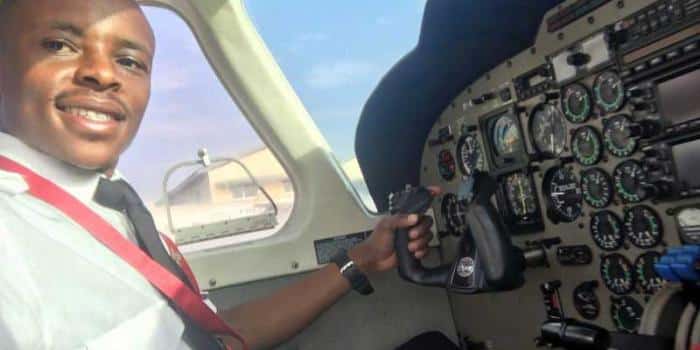 Michael Mwangi’s story is not a typical one. It is one of hope and an incredible rise from living on the streets of Nairobi with his family to becoming an accomplished pilot.

Mwangi, who isn’t sure whether he is 23 or 24 years old as his mother did not keep a record of his birth date, was forced out of their home in Nairobi’s Kiambio slums along with his mother and younger siblings when his father died. With his father’s relatives taking all they had left, the family resorted to a difficult life on the streets.

Being the older sibling, Mwangi felt responsible for his family and had to pay security guards a daily fee to watch his mother and sister as they slept, with stories of street-girls and women being raped all too common.

“Rape is one thing street women and girls go through a lot and I had to ensure that my mum and sister were safe,” he told Standard.

He revealed in the same interview that, on the streets, he began using drugs such as glue and marijuana to cope with the difficult times.

His love affair with the world of aviation began at Nairobi’s Dandora Dumpsite where he would scavenge for food with his friends.

“There were days when the garbage truck would bring leftovers from the airport. The food tasted so good, especially if you got bread and butter. I kept imagining the kind of food passengers are served in airplanes,” he noted.

His life changed for the better, however, when a well-wisher by the name Fred Mwaura got him to Joy Diviners Children’s Home in Huruma, Nairobi rescuing Mwangi from the streets. Mwangi revealed that the news did not go down well with his mother who had grown accustomed to her son helping her.

He explained: “Apart from paying protection fees to the night watchmen, I would also share with her the little money I made from scavenging and selling scrap metal.”

Despite the hurdle, however, Mwangi stayed at the children’s home where he would finally get his big break.

Suzy Ngige, a businesswoman, first met Mwangi while on an outreach mission to the home with members of her church. Ngige who was married to a pilot, Captain Simon Ngige, grew close to Mwangi and they soon had deep conversations where Mwangi revealed his dream of going to school and becoming a pilot.

Supporting him, Ngige had Mwangi enrolled at Moi Forces Academy in Standard Four. He struggled to keep up with the pace of studies having come from the streets and ended his first term at position 54 out of 55 students in his class.

By the time he left Moi Forces Academy for Dr Ribeiro Parklands High School, however, Mwangi was at the top of his class.

While he was an able student in high school and demonstrated leadership qualities including leading the Christian Union while in Form Three, Mwangi did not perform as well as he expected in his final exam.

He was disappointed but Ngige came to his rescue yet again, asking if he still harboured his dream of becoming a pilot. Mwangi responded in the affirmative.

Ngige along with his husband had Mwangi enrolled in an aviation college in 2016. Mwangi was in the cockpit by 2017, flying the Nairobi-Mandera route alongside Captain Ngige for Rudufu Airlines which Ngige owns.

“It’s a feeling you can’t describe. Looking around at all the gadgets in the cockpit I was overwhelmed. I felt like crying. As I sat there the story of my life played before me.

“I saw my time in the streets longingly watching planes in the sky. I remembered the mocking and taunts of my fellow streetboys when I told them of my dream to become a pilot,” he recalled.