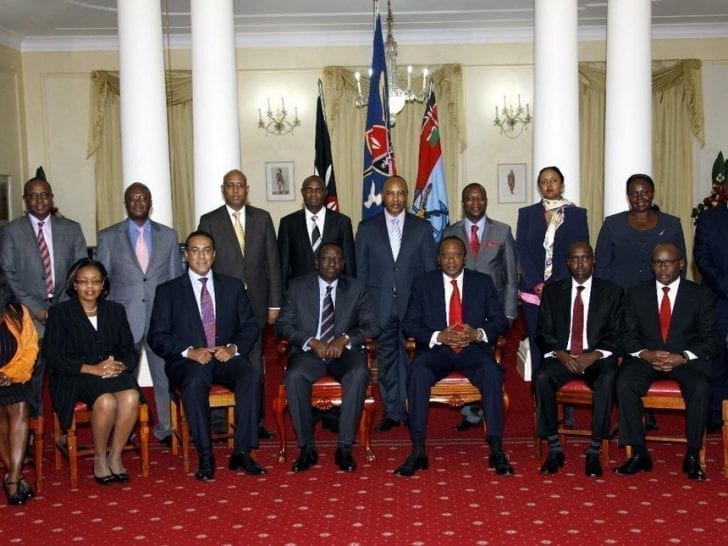 President Uhuru Kenyatta has sent all Cabinet Secretaries on a 14-day working leave starting August 17 amid speculation about a looming reshuffle.

Cabinet secretaries, principal secretaries, chief administrative secretaries and the Attorney-General will only attend to national emergencies during this period.

Head of Public Service Joseph Kinyua communicated the decision on Friday, saying the next Cabinet meeting will take place on September 3.

It is said that President Kenyatta aims to make changes in the Cabinet in a race against time to implement legacy projects under his Big Four agenda.

Ahead of his expected retirement in 2022, he has been focusing on the agenda that covers universal health coverage, affordable housing, food security and manufacturing.

It has also been said that the President is working on a reorganised government that will be more “cohesive” and include the Opposition.

In a reshuffle in January, the President dropped Mr Mwangi Kiunjuri as Agriculture Cabinet secretary and replaced Mr Henry Rotich as the National Treasury boss.