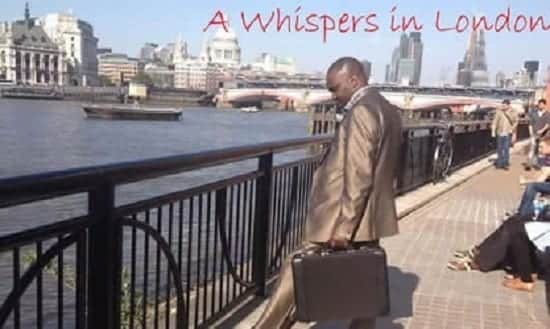 When in class five, we were joined by a girl called Jasmine. She was our age but unlike other girls, she was of exceptionally light complexion, had long, black flowing hair and even had well pronounced breasts. She was in a black skirt that was knee high and some shiny, matching black shoes and white socks. Every other kid was barefoot and dirty unlike Jasmine who looked like she had been delivered from Heaven by First class mail. If one kid was smelling dirt, the other one was smelling urine or smoke.

Jasmine’s mum had come from our village before getting married to an Arab from Coast region. They then relocated to America when the dad was posted there as a diplomat. As fate would have it, due to bad politics, Jasmine’s father was much later transferred back to the home country. With time, all her dad’s possessions were auctioned leaving the once progressive family in financial quagmire. The only alternative was for some children to be taken back to the village. Since Jasmine was named after her grandmother, her mum suggested that she join our school where she would stay with the grandmother until their finances were back in shape.

Interestingly, when Jasmine was brought to our class by the class teacher, she was asked where she would prefer to sit, and she pointed at my desk at the corner. For some reasons, my class teacher always made sure that I always sat at the desk in the right hard corner. Jasmine introduced herself to me in nice, polished English of which I could only understand 40% of what she was saying. I had never imagined that I was sitting next to somebody who had been inside the belly of an aeroplane and was even schooling in America.

I told her that in school, we were beaten like donkeys even when we had done nothing.
“Are you people in prison then? I would like to see someone harassing me!” she said in confidence. I almost told her that she was not in America but in one of the remotest parts of Africa.
“So long as you are in this school, expect anything,” I told her.
“I don’t mind anything, but I am not going to tolerate absolute nonsense!” she said.

With Jasmine’s remarks, I could not wait to see what would happen when the lessons started. Anytime the teacher entered the classroom, we were all supposed to stand up.
“Stand up for what?” she asked.

No sooner had she asked me why she should stand up than the maths teacher entered. As usual we all stood up but as for Jasmine, she was still glued on her seat. I pleaded with her to pretend that she was standing but she was adamant that she was not going to stand up.

Within no time, Jasmine put her maths book back in her bag and made to go. Having been in the school and knowing the hell it was made of, I politely requested her not to go but she could hear nothing of the sort. Before closing the door, she told the teacher that she would want the teacher to repeat what she had told her to her dad.

She followed the path leading to Headmaster’s office. She knocked and then entered. I have no idea what they talked about. If any other pupil reported to the Headmaster that he had an issue with any teacher, that pupil could have been tied with a rope and be beaten by all teachers. By evening, his buttocks will not be buttocks but a container of minced meat because of beatings.

The following day, we heard that the teacher had been interdicted. It happened that when Jasmine went to the Headteacher’s office, she phoned her father. Since her father was still influential in the Government, he reported it to the then Provincial Education Officer who pulled the strings. Finally, the teacher was transferred to the remotest part of the country.

From that moment, all the teachers who acted as demons to us suddenly became friendly and easily approachable. No teacher would want to close paths with Jasmine since she was extremely well connected.

As time went by, Jasmine and I became awfully close. I enjoyed her stories on how America was, and the freedom associated with the country. All boys loved her, but they were too scared to approach her because of her bourgeoisie nature. I also loved the attention I was getting from her. She also proved that she was an extremely good in the world of academia. She was not struggling to understand any subject, and this made her to be the envy of everybody. We were all used to being beaten like dogs but in Jasmine’s presence, no teacher would dare even shout to a pupil because he risked being transferred to remotest place.

Knowing the influence Jasmine had through her dad, the headteacher cunningly appointed her as the Head Girl despite her being in Year Five. In this way, he would have a chance to talk to her and explore her mind.

The Headteacher also doubled up as a Maths teacher for standard seven class so he was a terribly busy man. At one time, he requested Jasmine and I to go to his house that was within the school compound to help him mark maths papers. It was multiple choice so anybody who knew a,b,c and d would be able to mark.

In the teacher’s house, there were two sofa sets. Between the two sofa sets was a long, mahogany coffee table. Out of fear, I made sure that I sat on a different sofa from the teacher. Jasmine and the teacher sat on the same sofa as we set on marking. There were fifty questions with each question carrying two marks. I found it easy and interesting to mark but I have to confess that no minute passed without my mind reminding me that I was in the Headmaster’s house, the ruler of all men and insects and professor of Geography.

As we continued marking the papers, I noticed that the teacher was edging closer to Jasmine. At first, a ray of guilt hit me because I was not supposed to think ill of the teacher. After five more minutes, I looked up and saw that the Headteacher’s 100 plus kg body was next to Jasmine, but she continued marking her papers. Maybe, I was not seeing properly, so I thought. Apart from being close to Jasmine, I could tell that his eyes were becoming red and almost half slit as if he was about to sleep.

“Sir, do you have more papers for me to mark?” asked Jasmine. She was very quick in marking and awarding marks. The teacher looked at her again and mumbled some things then continued staring at her pointed breasts with his tongue rolling on his big, black lips. When she failed to get an answer from the teacher, she grabbed some of my unmarked papers and started marking.

I expected the Headteacher’s stare on Jasmine to stop but it did not. Instead, he had edged so close to her that Jasmine’s light skinned body looked like an extension of his. From his deep breathing and constant staring, there was no doubt that the teacher was in another world. I asked him whether I could have permission to go to the toilet, to avoid seeing the drama that was folding in front of my eyes.

“Man Man, what are you waiting for?! You could even have gone to the toilet yesterday. Go, go, go!” he said to me in his newly adopted sleepy voice.

I knocked and entered hoping that the Headteacher was back to his normal self. To my surprise, he had by then already wrapped his gigantic left hand on Jasmine’s shoulder and was even massaging her breasts! No! No! For once I thought I was dreaming! Did he not recognise my presence? When Jasmine saw me, she rested her head on the coffee table giving the Headteacher more control of the situation. Amen?

However much I tried to continue with marking, I could not. The funny thing was that Jasmine, courageous and cultured as she was, was not resisting! I tried to cough to make the teacher realise that I was present, but my coughs were falling on deaf ears.

When both teachers left, in bated breath, I asked Jasmine whether she felt violated as a kid. Instead of answering me, she told me to mind my own business.
“Something tells me to report this incident to your grandmother. I could see you biting your lips, was the whole ordeal painful?” I asked her.
“I felt like electric current was passing through my body,” she said.

“That means you felt uncomfortable?” I asked.
“Stop putting words in my mouth. Now that you have said that you are going to tell my grandmother, I will tell the Headteacher what you are intending to do!” she said.

Oh God! How I wished I had shut my mouth. If by any chance, she told the teacher of my intention, that was the end of me. I risked being taken back to standard two while I was in Standard five. Before that the teacher would skin me alive. God of mercy! I wished the board meeting would take forever but it did not because after one and a half hours, we heard a knock at the door and in entered the Headteacher. Guide me oh thy great Jehovah…