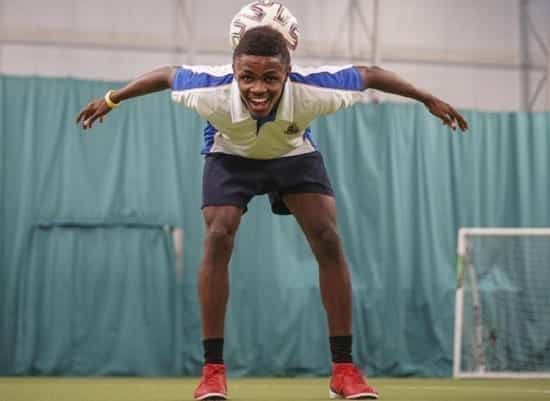 A Kenyan Diaspora student Andre Kalama is chasing professional dream in Scotland after being selected for U20 Africa Cup of Nations qualifiers.

For Andre Kalama, the next few weeks are both a shop window and an opportunity to reflect on how far he has already come. The 17-year-old pupil at Strathallan School in Perthshire has been called up to the Kenya squad for their under-20 Africa Cup of Nations qualifying tournament.

The series of matches in Tanzania bring the chance to show his wares to clubs who may help him fulfil his ambition of becoming a professional when he leaves school next summer, and they will also allow him to prove to those back home how his game has developed 7,000 miles away from where it all started out in Nairobi.

Kalama came to Strathallan two years ago on a scholarship as part of the Strath-Kenya project.

I was tricked into joining Al-Shabaab against my will