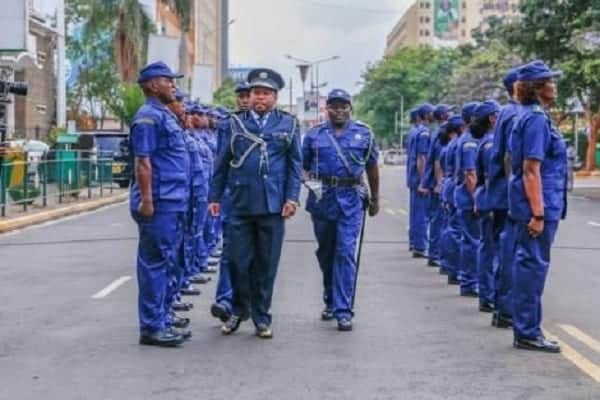 Former Nairobi Governor Mike Sonko cast an unfamiliar role from his signature bravado antics after he was cornered by investigative agencies and hauled in court to answer multiple charges.

Sonko surrendered to the Directorate of Criminal Investigation (DCI) on Monday, February 2021 despite acknowledging that he was walking into a trap laid out to arrest him.

A few days later, he broke down in court as the judge asked him to comfort himself rather than break down in public. His face had the pensive mournfulness written all over it, as he kept answering to one charge after another.

Initially, Sonko thought that he would be facing charges relating to planning chaos in the 2017 election which he had publicly admitted to having stage-managed. However, more was in store for him.

Multiple Cases In a span of 4 Days

DCI accused Sonko of plotting a terror attack, claiming that he was financing the purchase of firearms and ammunition. It also alleged that the former Jubilee politician was the kingpin of a secret organisation which wears military uniform and operates as a quasi-security outfit.

He was also charged with fraud, with state prosecutors accusing him of demanding Ksh10 million from a Nairobi company in a flawed tender process. The firm was bidding to secure a contract to collect revenue in the county.

The former governor was also accused of invading private property in May 2019 and assaulted civilians in Buruburu estate. Sonko denied all the charges.

Ferried From One Court to Another

Sonko’s cases were handled in several courts from the Anti-Corruption court in Nairobi where he answered fraud charges to Kiambu Law Courts where he was accused of robbery with violence and assault.

On Tuesday, February 3, he was arraigned at Kahawa West Law Court on terror-related charges.

Other Past Cases Unveiled

In November 2019, Shimo la Tewa Maximum Security wrote to the  Ethics and Anti Corruption Commission (EACC) saying that Sonko escaped from prison adding that he should have finished his term. According to prison records forwarded to the EACC, Sonko was convicted on March 12, 1998, for failing to attend court, was sentenced to pay Ksh 200,000 and Ksh 500, 000 fine respectively or serve six months for each sentence in prison in default.

Being unable to raise the fine, he was committed to serve his custodial sentence and was to be released on March 11, 1999. However, he reportedly escaped prison a year earlier in April 1998. He was apprehended in 2000 and jailed at Kamiti Prison before being released in February 2001.

DCI detectives reopened the case, saying that he still had a pending term at Shimo la Tewa and wanted him transferred to Mombasa where he reportedly has a warrant of arrest for the Shimo la Tewa case.

Sonko, known for reportedly ferrying supporters to rally for his release, was escorted by the Anti-Terror police while being moved from one court and prison to another.

Police officers sandwiched him inside the police van with two Anti-Terror Police vehicles serving as chase cars. At the law courts, the law enforcers also guarded the premises.

Sonko was denied bail with the court ruling that an application will be made on Tuesday, February 9. This means that he would have already spent more than a week in jail at Gigiri Police Station. Efforts to transfer him to Muthaiga Police Station backfired after the court ruled against his application.

At Gigiri, police were ordered to restrict visitors save for the former Governor’s wife, lawyers and doctor. On Tuesday, February 4, he reportedly slept on the floor and had to spend most of the night praying with other suspects.

Detectives also applied to detain him for 30 days to investigate the terror claims and also prevent him from intimidating witnesses.

Why I ditched girl accused of killing my wife

President Paul Kagame supports Uhuru and Ruto,ask African countries to pull out of…