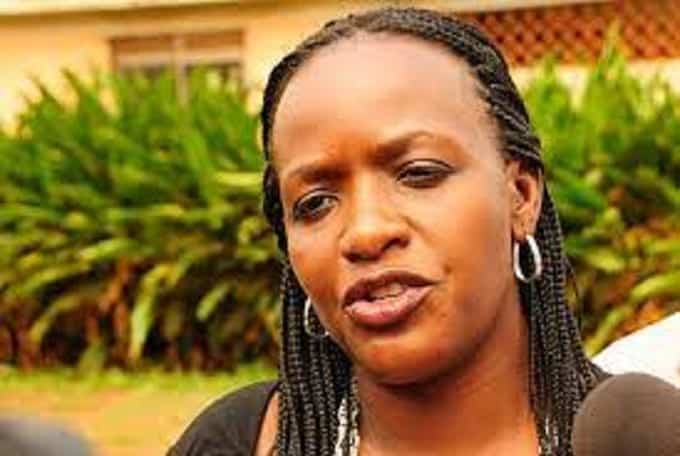 A Ugandan lawmaker sensationally kicked her husband out of their matrimonial home in Kampala on Wednesday in an incident that hogged media headlines.

Nabilah is said to have initially fled from the home after a misunderstanding with her hubby but then suddenly reappeared on Wednesday in what is seen as a well-thought-out revenge mission.

Upon accessing the house, she changed the guards at the gate and ordered the new ones not to allow access to her husband and relatives. A video seen by Nairobi News shows a desperate Isaac banning repeatedly on the gate of the house, and at some point unsuccessfully attempting to jump over the gate.

When the mission did not succeed, he settled on sitting on the ground at the gate perhaps hoping his determined wife would sympathetically change her mind.

But it was not to be.

The house has reportedly been at the centre of a public tussle between the couple.

The lawmaker has in the past gone to court seeking orders to lock her husband from residing or accessing the home. Separately, a prominent businessman namely Vananasius Baryamureeba has also threatened to take over the property over what he claimed was an unpaid ‘friendly’ home.

Covid-19: Kenya to provide Jobless youths with daily wage to cushion them

Why William Ruto is no pushover in Uhuru Kenyatta’s succession

DEVOTION:ONCE MORE LET US GET THIS RIGHT?

Land for Sale in Nairobi along Kangundo Road