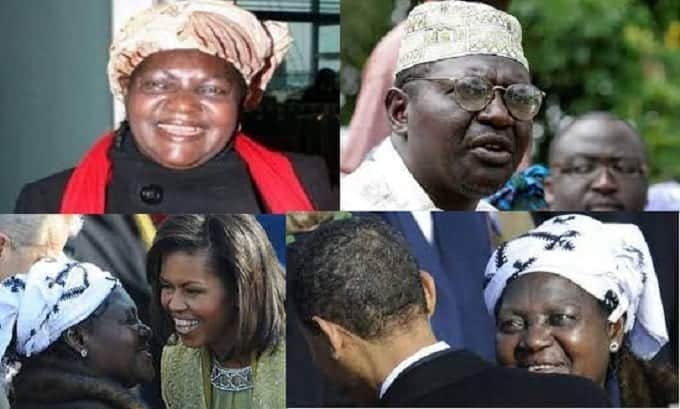 Malik Obama’s mother and former US President Barack Obama’s step mother, Keziah Obama is dead. Mrs Obama passed away on Tuesday at a UK hospital where she was receiving treatment, family confirmed.

Malik’s other brother, Said Obama who spoke to the Standard, said their mother had been ailing for a while.

The Late Mama Sarah Obama’s personal assistant, Nelson Ochieng, described the fallen matriarch as an inspiration to many.

“She always told us one can achieve anything that he dreams about. The Late Aoko was a hard-working woman, who believed success isn’t hard to come by,” Ochieng told the daily.

It is still unclear if the deceased will be interred later today in accordance with the Islamic law.

Relatives back in Kenya hope Mrs Obama’s remains will be transported to KOgello for final burial rites.

Her death comes a fortnight after the passing of the family’s great grandmother, Mama Sarah Obama.

Week of hard decisions for Uhuru Kenyatta and Raila Odinga