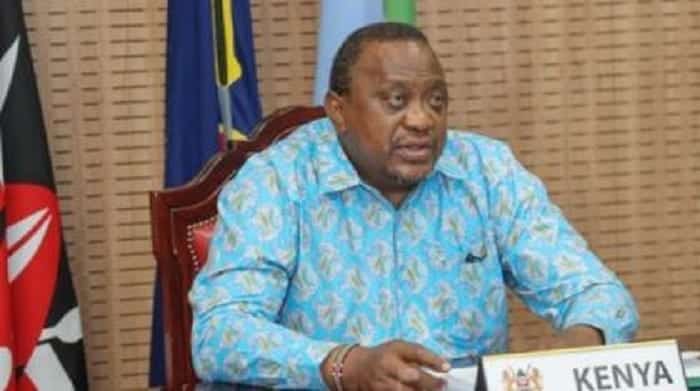 President Uhuru Kenyatta has called for debt forgiveness as a means to cushion countries that are severely affected financially during a meeting with member countries of the Organization of African, Caribbean, and Pacific States (OACPS).

Kenyatta who is the President-in-Office of the Summit of OACPS Heads of State and Government on Thursday, April 9, argued that there was a need for a multi-pronged approach to mobilise for resources and welcomed the various debt relief mechanisms.

“We welcome debt relief measures, which have created the needed fiscal space to reduce the negative effects of the pandemic.

“However, we seek a continuation of the debt suspension initiative; and debt cancellation, for the most severely affected countries. The prolonged pandemic requires continuous mitigation measures,” he conveyed.

In his statement, Kenyatta also outlined his vision for the multilateral institution saying he envisioned a transitionary OACPS that was united and progressive.

“We should aim for a transition that supports structural transformation to foster industrialization, diversification of our economies, and an increase in value addition of our primary products,” he added.

The Kenyan President stated that in light of the Covid-19 pandemic, member states needed to use creativity and innovation to recover from the devastating economic effects of the pandemic.

“Covid-19 pandemic has ravaged our health and economic systems. Livelihoods have been destroyed rendering hundreds of millions of our people into unemployment and poverty.

“A key lesson is that we need to synergize our energies and use creativity and innovation to recover together and build back better,” the Kenyan head of state said.

Uhuru has in the past called for debt cancellation. In July 2020, he urged for the cancellation of debts owed by African countries in the development of a joint European Union and Africa Covid-19 response strategy.

Speaking at State House, Nairobi, during a virtual conference of European and African leaders on the proposed establishment of the Africa-Mediterranean-Europe (AME) Foundation, Uhuru stated that the cancellation of debts should be among the interventions taken in cushioning African countries during the pandemic.

To understand Jamuhuri day you must first know it’s origin

A Kenyan in ICU needs help