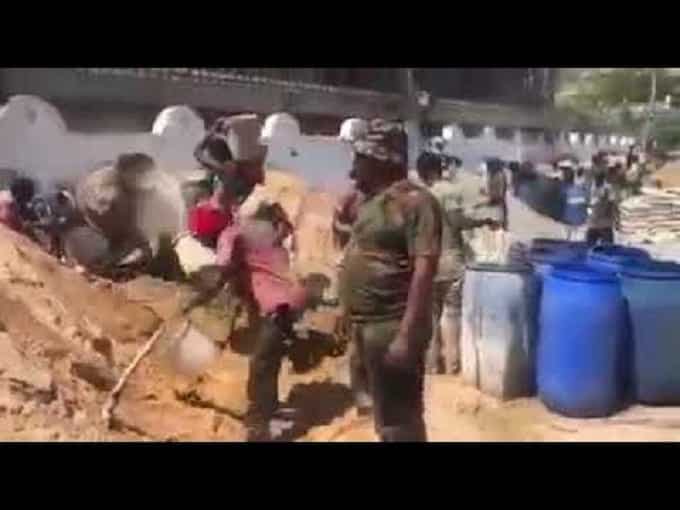 The flamboyant former governor has taken a low profile since he was charged for multiple offenses in early February.

“Life after politics is stress-free,” Sonko captioned the video that he had shared on social media.

In the video, Sonko is seen scooping sand with a shovel to a wheelbarrow as workers watch.

The controversial politician who is known for living a lavish life is also seen using his hands to help at the construction site.

Breaking The Bias On Discrimination Of Women In Politics In…

The video also shows other workers enjoying his company as they sing in unison as Sonko goes by the mjengo activities like an ordinary citizen.

A section of Kenyans reacted by congratulating the ex-governor saying that it is good that he now feels what ordinary Kenyans go through on daily basis.

“It is very important. You can imagine someone does what you are doing as his job which they don’t even get every day because of bad economics,” Jay Eel tweeted.

” Is it an offense for him to do mjengo? I don’t see any problem with that. You should accept life the way it comes,” Sabina Ramoya questioned.

However, a number of other social media users criticized his action saying that he does fit to be one of the casual laborers working at the construction site.

“Negative attitude. He is not one of them but that day they were motivated. They must have been paid more. We might not be at the same level but we must accept inequality,” Koskei Satia commented.

” And many people will fall for that and even believe that he is a sufferer like them!” Arafat Guzman exclaimed.

Sonko who had been arrested for allegedly planning terror activities was released on a Ksh 500,000 cash bail on March 4 after denying the charges.