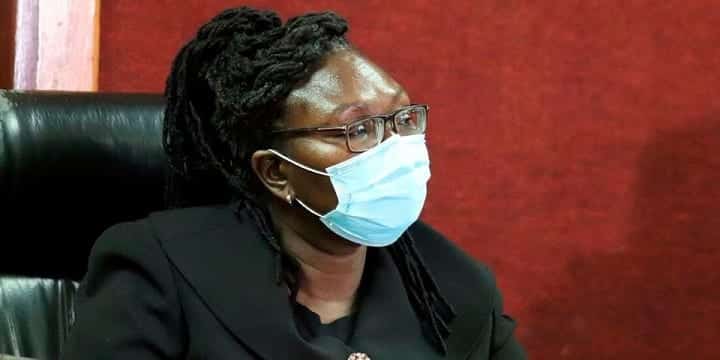 President Uhuru Kenyatta acted in excess of his powers when he initiated the process of amending the Constitution through the Building Bridges Initiative (BBI), the High Court in Nairobi ruled on Thursday evening.

In the hard-hitting rulings, a five-judge bench pointed out multiple legal blunders that President Kenyatta committed in his desire for law reforms.

The court, in a judgement that was read virtually for more than four hours, said the 14-member BBI taskforce and the steering committee led by former Garissa Senator, the late Yusuf Haji, was an illegal entity, unknown to the law.

The bench led by Justice Joel Ngugi said the President made a fatal legal mistake in attempting to change the Constitution through a popular initiative, an avenue that is not available to him.

He should have used parliamentary initiative by petitioning the National Assembly through the Attorney-General to consider the desired amendments, the court ruled.

The court stated that there is no other permissible avenue of changing the supreme law except through parliamentary or popular initiative.

They described the BBI process as “a presidential initiative guised as a popular initiative”, and allowing it to be sustained amounts to having the Head of State as promoter and referee of his own initiative.

“President cannot be an initiator of and an umpire in amendment of the Constitution,” said the court, adding that the BBI was muddled by conflict of interest.

To those who argued that Mr Kenyatta was acting in person and was promoting national unity, the court said the argument is betrayed by the fact that the BBI taskforce was formed by the president and was answering to him.

“In reality, BBI was the president’s initiative which is contrary to article 257 of the Constitution. The taskforce that morphed to a steering committee was an unlawful and unconstitutional outfit. It was invalid from the beginning,” said the judges.

The judges noted that Mr Kibaki did so under the old Constitution.

In the current Constitution, they said, it provides who can initiate the amendments through popular initiative and a sitting president, executive or a state organ are not among them.

The BBI promoters told the court that the president was exercising his constitutional mandate and authority when establishing the BBI process.

But the court said Mr Kenyatta failed to safeguard the Constitution and fell short of leadership and integrity.

“While the effort of uniting the country is to be lauded, in his responsibilities he cannot initiate any move to amend the Constitution contrary to the Constitution. It is not in his power,” the court held.

They added that since the process is void ab initio (from the beginning), whatever the process aimed to achieve has no legal consequences.

The court also held that Mr Kenyatta (a sitting president) can be sued personally in civil proceedings if he acts outside the Constitution or for his actions or inactions.

According to the court, the President ought to have entered appearance in the petition because it was a civil case, instead of the Attorney General responding on his behalf.

They noted that President Kenyatta had been listed as a defendant and remained a party to the case up to the end.

In regard to public participation, the court said the exercise was constitutionally flawed because the promoters of the BBI failed to involve Kenyans.

The promoters failed to supply Kenyans with copies of the proposed amendments so that they can make informed decisions. People with disabilities such as sight and hearing impairments were also excluded, the court ruled.

The court compared the BBI process with the making of the 2010 Constitution where the committee that was undertaking the latter received more than 26,000 memoranda of divergent views from the public.

“Voters needed the copies in languages that they understand. The only copy annexed here was in English. No efforts made by the committee to make copies available for the public. People must be involved in the legislative process,” said judges.

It was also held that the Independent and Electoral Commission (IEBC) needed to have subjected the Constitutional Amendment Bill to legal tests and public participation before taking it to the counties.

The court also said the referendum process was started when there was no legislative framework for the conduct of a referendum in the country.

The judges said it is necessary that the legislation be put in place for any such amendment to the Constitution.

There was also no law to guide county assemblies on what to do with views collected before the Bill is considered.