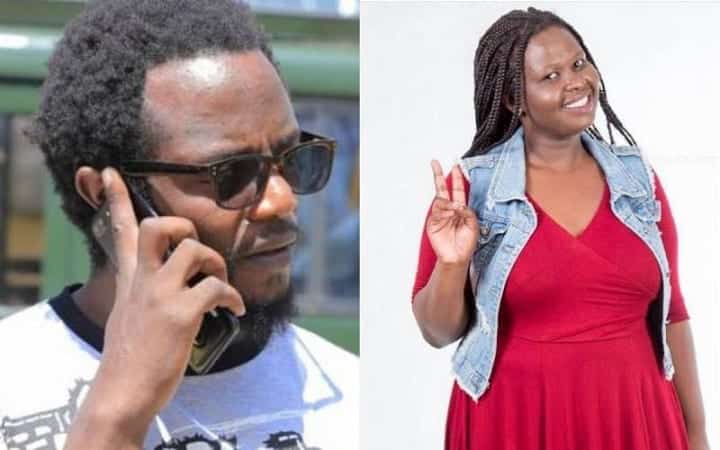 Hamo and Jemutai were recently involved in a public spat over the upkeep of their two kids forcing respected comedian Daniel Ndambuki aka Churchill who’s employed them to intervene.

And now Hamo, also a famed radio presenter, and who appears all too keen to rebrand following that not so pleasant saga, told one of his followers that he could soon formalize his union with Jemutai.

“Will you marry Jemutai as your second wife?” the fan posed.

Hamo is already married with three kids but the Kenyan law allows a man to have more than one wife.

Hamo, who publicly apologized to Jemutai, his extended family, and the public after the bust-up, also stressed to another fan he already considers Jemutai as his wife.

Hamo is said to have temporarily relocated to Nakuru after he lost his job as a radio host at Hot 96 FM.

He was once described by Churchill as the best-ever comedian he’s worked with.

VIDEO:Makau Mutua on the spot over remark on Uhuru’s election