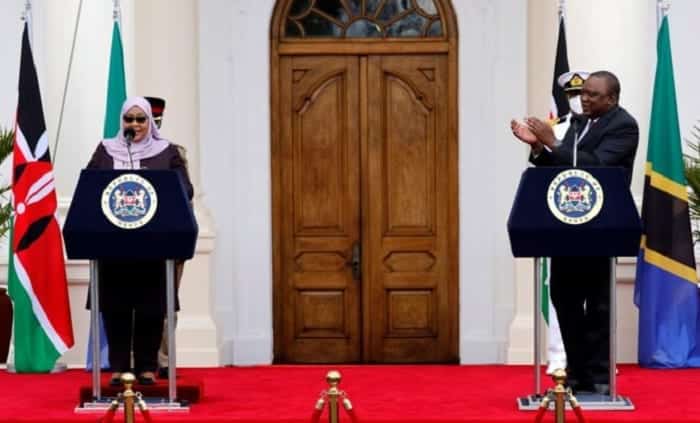 On June 4, 1940, Winston Churchill delivered one of the most moving, impactful and famous speeches in modern history. When you listen to it, it doesn’t sound remarkable. But in the smoke of World War II it energised a demoralised nation to rejoin the battle against a superior and ruthless enemy. “He mobilised the English language and sent it into battle,” said US President John F. Kennedy of Mr Churchill’s “We shall never surrender” speech.

I am not about to compare the oratory skills of Samia Suluhu Hassan, President of the United Republic of Tanzania, to those of Sir Winston Churchill. Neither shall I compare her very well received speeches, including the speech to the joint sitting of Parliament on Wednesday, to the 1940 Winstonian one. What I am saying is that here is an example of how a superior command of language can be delightfully deployed in aid of statecraft.

The coming of President Suluhu is way better than the election of President Joe Biden after Donald Trump. Perhaps its equivalent would have been the election of Senator Elizabeth Warren after Mr Trump: a shift of gender, tone, style and ideology. The policy orientation of CCM and the attitudes of its leaders towards Kenya and the rest of East Africa may not have changed much. Tanzanians likely feel the same way about Kenya as they did during the regime of Dr John Pombe Magufuli. But the style is different, suggesting there is room for discussion and maybe compromise.

The image of this powerful woman, surrounded by towering female guards, exercising power, articulating positions and decisions about the fate of nations, is a very powerful image indeed. In terms of optics, it catapults Tanzania to the top of the pile in the region and continent; it is the envy of many nations.

The elevation of a woman to the presidency is the kind of thing that everyone would like to see happening in their own country; it is concrete manifestation of tolerance, gender acceptance and political maturity.

For many business leaders, traders, workers and even government officials who have suffered financial loss or indignity at the hands of Dr Magufuli and his rather stern application of nationalism, President Suluhu is a breath of fresh air. Like President Biden after Mr Trump, she is what you would expect in a president: restrained, polite, seemingly fair.

Diplomatese came off her tongue with ease and to her credit she referred to her predecessor with – perhaps – insincere warmth which few in the audience would share but all expected of her: it would be unthinkable for a leader to find anything, anything at all, to be critical of in her land when speaking before a foreign audience.

There are people within the Magufuli circles who, I believe, did not want her to succeed the man. They may have argued that she was incapable, that another person would better defend the national interest and carry forward the Magufuli policies.

It would be interesting for that can of worms to be opened for the light to be admitted into that dark cavern of conspiracy, self-interest and quite probably criminality. In any case, are Dr Magufuli’s policies what is required to build a prosperous and democratic Tanzania? Are roadside declarations and public humiliations a good substitute for reasoned debate and due process?

But it is in the use of Kiswahili that President Suluhu won the hearts of MPs, senators and the public at large. Humour, especially when it is delivered with practised deadpan, her neat, homespun sense of style, her motherly demeanor and deft flirtation with the earthy — the Wildbeeste that come to Kenya to get pregnant and go to Tanzania to give birth — disarmed and won over many. They could relate. Making gentle fun of something she knew her audience was not particularly self-conscious or sensitive about — our poor Kiswahili — was clever too.

But what revealed that this is a leader who has perhaps not been given full credit by rivals back home is how she subtly played her audiences like a Nyatiti, without appearing to, by addressing fully their interests and pain. When you go before the Kenyan private sector and talk about the freedom to do business, especially in front of businessmen who have been victim of discrimination and mistreatment by Tanzanian authorities, it shows that you understand human beings and how to get them on your side.

Former President Magufuli hated coming to Kenya. As a matter of fact he intensely disliked Kenya and all things Kenyan. This is not a particularly isolated case; many folks around this region are not fond of us, including the citizens of South Sudan who, in their country, would sooner shoot us than say hello. We probably need to invest some time and effort in the process of being liked. President Suluhu’s charm offensive was a welcome break from the rejection and coldness of the Magufuli era.

Far from being incapable, I agree with a friend who argues that though Tanzanians got President Suluhu by accident, they didn’t elect her, all the same in her they have won the lottery: they got a wiser, more humane, likeable and all around better leader than the tyrant they lost.