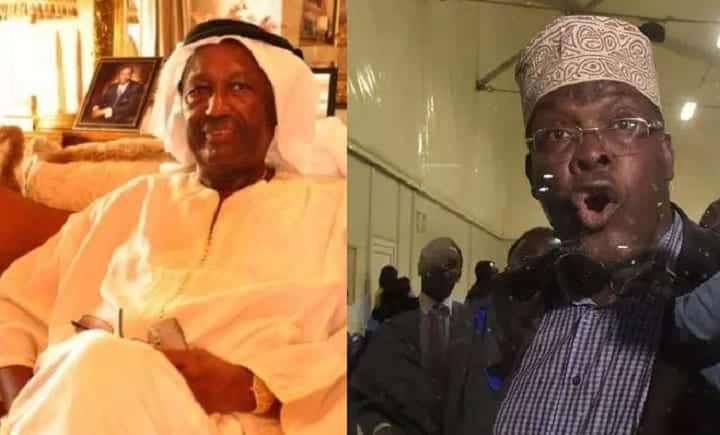 No matter the event or circumstance, you can always trust Miguna to dish out some harsh truths.

On the receiving end yesterday was businessman Chris Kirubi. The 80 year old billionaire passed away on Monday afternoon, attracting thousands of messages of condolences from prominent Kenyans and other Kenyans alike.

On Twitter, Kirubi was the main trending topic, with tens of thousands of tweets. Most of them were praising him for his accomplishments. But others saw yesterday as the perfect day to bring up some inconvenient truths about his source of wealth.

It has been an open secret for many years that DJ CK, as he later came to be known, may have acquired his vast net worth, estimated at over Ksh30 billion, through shady means.

His times at Uchumi supermarket and Kenya National Transport Company (Kenatco) are particularly viewed with suspicion, with accusations that he looted the two organizations in the process bringing them to the ground.

It is these and other corruption accusations that led Miguna to issue perhaps the most hard hitting eulogy.

“My sincere condolences to the family, relatives and friends of Kenya’s SUPER THIEF Chris KIRUBI. You destroyed Kenya in pursuit of GREED, selfishness, TRIBALISM and HATE. #MayYouRotInHell,” he wrote.