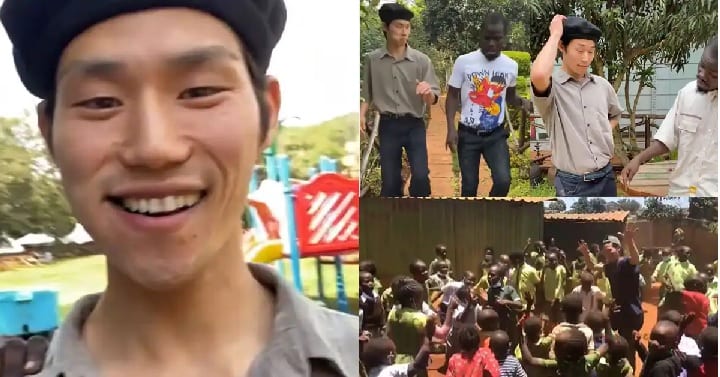 Comedian Mulamwa has caused quite a story online after introducing a Japanese man Koki Nakaya who speaks Sheng.

Koki Nakaya comedy skits with Comedian Mulamwah have left many netizens in stitches.

Mulamwah first featured Koki on May 19, 2021, in a video depicting the Japanese asking him for some money. “Niokolee kakitu niko chini (Give me some money, I am broke),” Koki said in fluent Sheng before speaking in Japanese. “Jifunze kujitegemea (Learn to be self-dependent),” Mulamwah responded. The next day Mulamwah shared a video of Koki seemingly chewing khat leaves.

In yet another clip, the duo showed off their odi dance moves while moving to the beat of a Ugandan song.

Mulamwah’s video with Koki have captivated fans and celebrities who reacted saying: @yuge_yuge1: “Keep it up. Hopefully, they will forget we owe them money.” @nasimiyubrendah: “What have you given this guy?” @faith_deepay

Uhuru presence at ICC could ridicule the court

Great news: Golden Opportunity for Funding to Buy and Build with Optiven

Moment of spiritual reflection: Have you ever meditated about the end?

HOW TO MAKE CHRIST THE CENTER OF YOUR LIFE