By Diaspora Messenger Last updated May 26, 2022 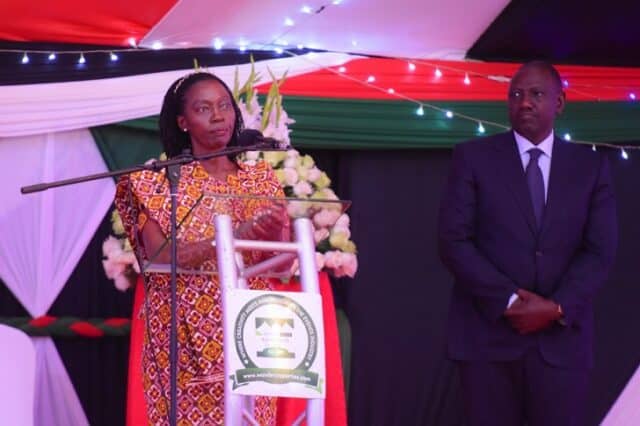 Minutes after he started speaking, Ruto promised that he and his team will do everything possible to ensure a peaceful election.

“Every time we come to an election there is anxiety, and sometimes tension, but I am trusting God that this election will be an election with a difference. We will do everything possible to make sure that the elections are peaceful,” Ruto stated.

The DP then break the protocol Karua who had attended the breakfast meeting to represent her boss Raila.

“In the absence of my brother, my main competitor Raila Odinga, I ask Martha Karua to make a few remarks,” he stated.

Addressing the gathering, Karua said she was representing Odinga.

The Azimio running mate called for peace urging politicians to compete on ideas and not insults.

“How I pray that our prayers are matched by our actions, if we do that we definitely will have peaceful elections, a peaceful transition and a nation that stands together.

“We pray that we may compete with ideas, not insults; none of us is perfect,” karua said.

Minutes after Karua finished speaking, she greeted DP Ruto telling him,” Thank you for allowing me to speak.”