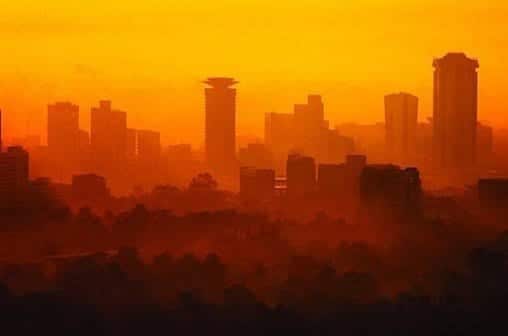 Kenyan capital Nairobi has been ranked among African cities with the highest population of dollar millionaires.

Nairobi’s population of high-net-worth (HNWI) individuals is also growing at the fastest rate — only second to Ghana’s Accra — according to a newly released ranking by New World Wealth.

The survey of the wealthy found that the Kenyan capital was home to 5,000 dollar millionaires last year, placing it fifth in Africa after Cairo, Lagos, and Cape Town whose wealthy residents stood at 12,300, 9,800, and 9,000 respectively.

South Africa’s Johannesburg has the highest concentration of HNWIs at 23,400, according to the survey done early this year.

The presence of a larger group of super-rich individuals in a city is seen to be a key growth driver arising from robust demand for luxury goods, prime properties, art and services like wealth management and private banking.

Each city’s population of wealthy individuals is understood to reflect its relative economic strength.

The research firm draws its data from private bankers, stockbrokers, deal announcements and interviews with the rich individuals themselves. An individual’s primary residence is excluded in calculating their net worth.

Consumer market watchers said the finding explains the rapid growth in the number of luxury goods merchants in Nairobi looking to cash in on the huge discretionary spending by the growing list of wealthy consumers.

Nairobi residents, who meet the set wealth criteria, said recent economic advancement under President Kibaki had enabled more Kenyans to join the ranks of the super-rich.

“Nairobi has a large concentration of big investors attracted by high returns and relatively better infrastructure compared to other cities in the region,” Chris Kirubi, a shilling billionaire, told Business Daily in a telephone interview from China.

Mr Kirubi said investors have been making a lot of money in real estate, manufacturing, construction, and communication sectors.

Nairobi’s status as a regional communications, infrastructure, and financial hub has also helped swell its ranks of dollar millionaires in the form of foreign investors and expatriates attached to multinationals setting up regional headquarters in the capital.

Kenya is placed fourth in the ranking of African countries according to the population of dollar millionaires. East Africa’s largest economy is listed as having 8,400 dollar millionaires behind South Africa, Egypt, and Nigeria which have 48,800, 23,000, and 15,900 HNWIs respectively.

The finding that Kenya is home to 8,400 individuals with a net worth of more than $1 million (Sh87 million) is a testament to the country’s ability to create a class of wealthy citizens but also lends credence to rising income inequality.

The threshold of Sh87 million means that members of this exclusive club are likely to be top executives, owners of medium-sized businesses, and large investors in Kenya’s equities and money markets.

The fact that Nairobi accounts for 60 per cent of the country’s HNWIs sheds new light on the long-held view that the capital has a disproportionate concentration of Kenya’s wealth.

In absolute terms, the city’s labour earnings expanded by Sh70 billion to Sh231.4 billion in 2009 from a low of Sh161.9 billion in 2005 even as the earnings rose only marginally in other regions during the same period, according to official statistics.

While Nairobi dominates labour incomes in the country, high-net-worth individuals say only a small percentage of the city’s residents have managed to convert their earnings into long-term wealth.

“Nairobi is a classic example of the middle class problem of using debt to fund a flashy lifestyle,” said Jacob Juma, a city businessman who describes himself as a self-made billionaire.

“You can no longer tell how rich someone is by their residence or the car they drive. One’s net worth only becomes clear after subtracting liabilities from their assets.”

Mr Juma added that unlike the middle class in the developed world which have substantive assets and investments, Nairobi’s middle class is vulnerable by virtue of relying heavily on salaries that are leveraged to buy homes and luxury cars.

New World Wealth places the number of Nairobi’s richest residents at 65, that is, those with a net worth exceeding $30 million (Sh2.6 billion).

Members of this class of super-rich include stock market billionaires Chris Kirubi (a director of Centum), James Mwangi (Equity Bank CEO), and Baloobhai Patel (a director of Pan Africa Insurance).

Industrialist Manu Chandaria — one of the few dollar billionaires — also belongs to the group of super- rich Nairobi residents through his interests in Comcraft and Safal group of companies.

Mr Juma, who has vast interests in mining, counts himself among Nairobi’s wealthiest.

Nairobi’s ranking is expected to improve in the next decade, a projection that is based on its potential to attract dollar millionaires seeking a colourful place to live in.

“More wealthy foreigners can relocate to Nairobi if we take care of issues like insecurity in the city,” Mr Kirubi said.

A growing number of expatriates working for foreign missions and multinationals have chosen to remain in the city at the end of their assignments, citing the country’s favourable investment climate, good weather, tourism sites, and “friendly people”.

The world’s top cities such as New York, Moscow and London have used their leverage to attract a large number of the world’s richest individuals. The three cities are home to 70, 64, and 54 dollar billionaires respectively, according to research firm Wealthinsight.

Analysts say marketers of high-end-of-market goods and services are increasingly profiling city residents to inform the variety of luxury goods that economists have found to be more irresistible to wealthy customers the higher the price.