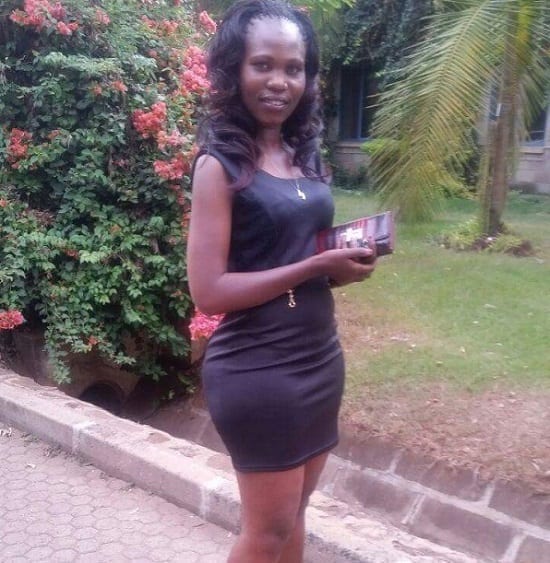 Traffic cop Corporal Linda Okello has been the talk of town for the past one week.

She has been covered by blogs, mainstream media and even attracted support from celebs – and Ugandans! Heads Up was not going to risk leaving any stone unturned on this girl with the ‘tight-up-skirt’.

We pursued the overnight sensation on how she has been coping since hitting the lime light.

Linda, a St Lucie Keriri alumnus, claims she is now choked by the attention that she has been getting thanks, to her derriere. “I wish people could leave me alone. I just need space and privacy,” she told Heads Up.

According to sources, Linda has a boyfriend who is currently abroad. She however could not comment on these matters claiming it would cause her more problems! Earlier in the week, the mother of one had been summoned by Kiambu County police commander James Mugeria and reprimanded over her dress code, which was termed as indecent after photos of her tight skirt went viral.

Tight skirt cop Linda Okello demoted after being found with…

Later in the week, Inspector General Kimaiyo responded to Mbita MP Millie Odhiambo, who had expressed concerns that the policewoman would be disciplined for wearing the tight skirt.