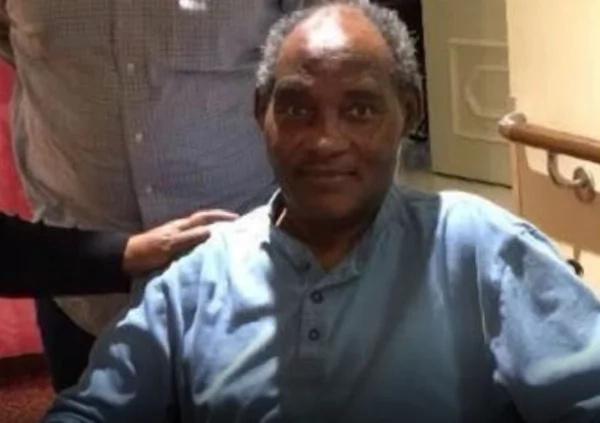 A Kenyan man who has been in a New Jersey hospital for two years without having an idea about his family’s whereabouts has been helped by Kenyans locate them. TUKO.co.ke has learnt that Bernard Wambua Mumo is currently admitted at Atrium Post Acute Care of Wayneview after sustaining serious injuries in a car accident. Kenyans took to social media seeking to find his family after the hospital released his details. Wambua has very little memory after suffering severe physical and mental injuries from the accident. Read more:

He had been in the medical facility for two years making the facility’s authority to try locate his family be releasing his details. Details suggested that Wambua used to be a photographer in New Jersey and New York area in the 1980s and 1990s.

“I have located the family. Mumo a retired primary school teacher moved here from Magadi after he retired. I called the daughter but never passed the information to her on phone given that he abandoned them when they were young. I’ll try to visit the family over the weekend and disclose the news..,” said Ole Taiko Lemayian.

The story, however, takes a different turn after the user shared how Wambua deserted his family for almost 50 years ago.

VIDEO: Maize roaster overcome by emotions after Ruto surprise her