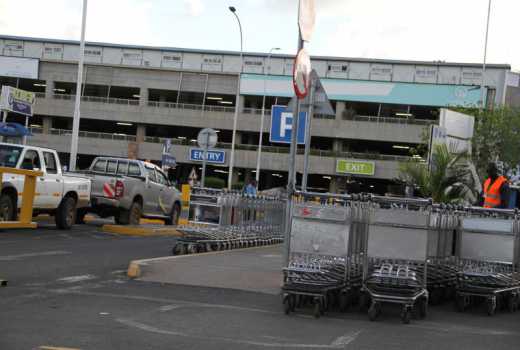 Twenty Kenyans are among more than 100 people who were deported from the US over immigration issues.

The rest of the people are of Somali and Sudanese origin. Police and immigration officials said a private plane carrying the 114 individuals landed at the Jomo Kenyatta International Airport Friday morning.

The deportations had been anticipated given the ongoing operations in the USA targeting illegal immigrants.

They arrived aboard an Omni International Airlines, a private airline. It landed at JKIA shortly after 10 am on Friday and was received by police and immigration officials.

The Kenyans were allowed to proceed to their homes, the 60 Somalis remained in the plane before it took off to Mogadishu while the 24 south Sudanese nationals left in a Juba airline.

This is the latest batch of immigrants to be deported from the US in two years under President Donald Trump.

More than 100 Kenyans were deported from the United States in 2017, which was a sharp increase during Trump’s first year as president.

The rise in the number of Kenyans removed from the US from 63 in 2016 to 103 last year reflects an overall increase in deportations.

According to officials, US authorities expelled a total of 2, 134 individuals from sub-Saharan countries in the past fiscal year, which ended on September 30, 2017.

That was more than double the 920 removed from the US in the same period in 2016.

ICE defines a removal as “the compulsory and confirmed movement of an inadmissible or deportable alien out of the US based on an order of removal.”

More immigrants without papers are being arrested inside the US.

Many African violators of US immigration law had been cleared for entry at border stations but had then overstayed their visas.

A growing number of court challenges is also slowing the rate of deportations.

The US federal immigration court system now faces a backlog of more than 600,000 cases, the Washington Post reported.

According to reports, ICE removals from the US were actually greater during the Obama years than has so far been the case under Trump.

Ati what? Rwanda to allow condom distribution in high schools

President-elect Ruto avoided a runoff with Raila by just 69,000 votes