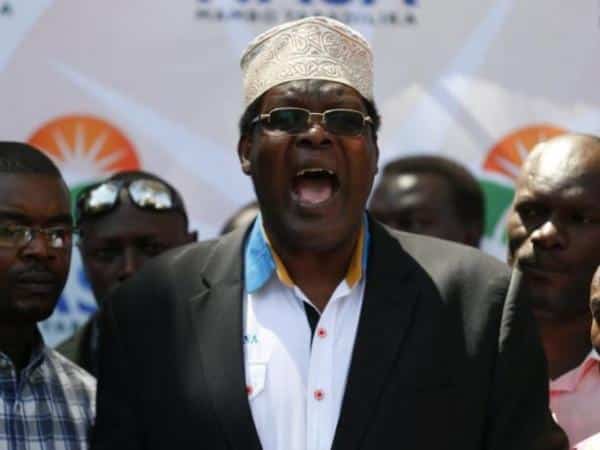 Miguna Miguna has blasted Kenyans for hailing President Uhuru Kenyatta for donating “less than a spittle” to Gor Mahia when he has “looted tens of billions of shillings of our money.”

Gor received a donation of 30 air tickets worth around Ksh. 6m from the Head of State through the State House Comptroller Kinuthia Mbugua to facilitate their trip to Algeria.

The record Kenyan champions will take on hosts USM Alger in their final Group D match of the CAF Confederation Cup on Wednesday.

Miguna, who describes himself as “a revolutionary intellectual” and “NRM Kenya General”, thinks Uhuru’s effort, which was praised by Gor’s management, amounts to very little or nothing for a person who “has looted” from Kenyans.

The Despot @UKenyatta inherited TRILLIONS worth of public resources his father Jomo Kenyatta stole from us. He has looted tens of billions of shillings of our money since 2013. Yet, when he “donates” Kshs. 6M – less than a spittle – to Gor Mahia, brainless cyber goons cheer him.