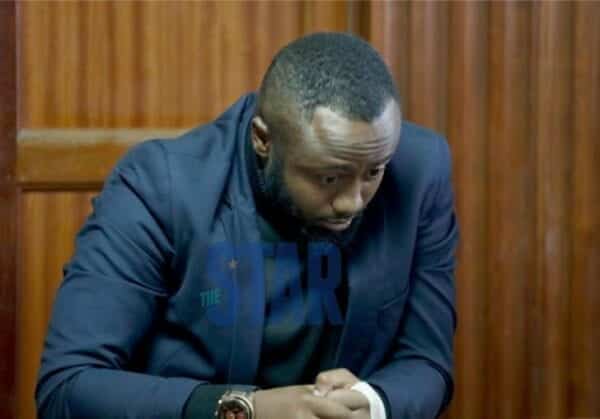 Joe Irungu known popularly as Jowie Jowie has been arrested in connection with the death of Monica Kimani.

Ms Kimani was found slaughtered and her body dumped inside a bathtub at her house in Kilimani last week on Wednesday.

The lifeless body of Monica was discovered by her brother George at Luciane Apartments at Kitale Lane off Denis Pritt road in Kilimani.

“We have the suspect in custody. We have every reason to believe the suspect was involved in the murder. We are also trying to ascertain if he was shot or inflicted the wound on himself because the story he is giving is not consistent,” A senior DCI officer at Kilimani Police station told Capital FM News.

Earlier, it was reported that Joe had been attacked and shot on his chest as he dropped Maribe off at her place in Lang’ata. However, police said that there was no shooting reported at that area at the time he reportedly said he been shot.

Video:Kansiime Anne as an aspiring mother in law

Move by Ruto to work with Cord angers URP leaders