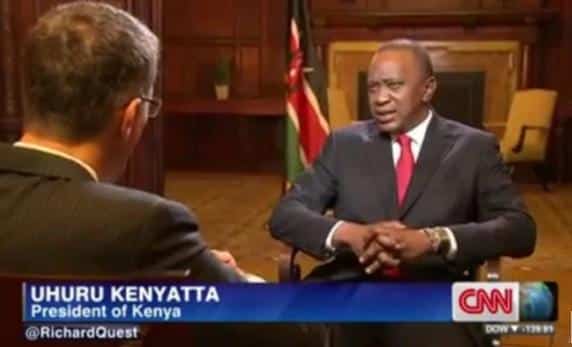 Through his twitter handle, Quest said the intercepted attack that was witnessed in the U.S, prompted him to schedule the interview to a later date.

“The serious events in the USA mean I won’t be live from Nairobi tonight. I know you will understand and will get the latest from my colleagues in the US. We are re-scheduling our special Kenya coverage. Asante Sana!” read his tweet.

According to US investigative agencies, the bombs had been sent in form of mail packages from the state of Florida.

CNN reported that the suspected bomb package was sent to the White House, the families of former Presidents Bill Clinton and Barrack Obama and the CNN building in New York City.

Quest has been in the country for four days taking interest in Kenya’s economy and the anticipated launch of the KQ direct flights from Nairobi to the US.