Kenya to partner with Japan for a Sh210 billion Likoni Bridge 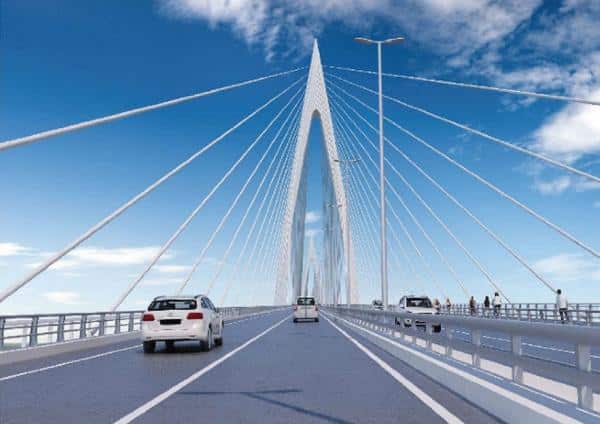 Kenya to partner with Japan for a Sh210 billion Likoni Bridge: The Likoni Gate Bridge, which is expected to ease passenger and vehicular crossings over the dreaded Likoni channel in Mombasa, will cost a staggering Sh210 billion, documents seen by the Saturday Nation show.

The bridge will also, technically, not be on the Likoni crossing as many had expected, but on the wider Mtongwe passage west of Likoni, towards the Kilindini port.

The government has so far only secured a commitment of Sh46 billion from the Japanese government for the project, also known as the Mombasa Gate Bridge.

Two weeks ago, Kenya and Japan signed a treaty confirming that Tokyo would partner with Nairobi on the project. The loan agreement, according to documents from Kenya National Highways Authority (Kenha), is yet to be signed.

Japan will foot slightly over half of the cost of the project — Sh123 billion — which will settle construction and consultancy bills. The government will then be expected to foot Sh87 billion, part of which will go towards utility relocation costs on the Mombasa island and Likoni sides and compensation for the thousands of people and businesses that will be displaced by the project.

Help Kenya cancer care to give hope and change lives with…

Kenya will also be expected to foot the Sh645 million interest accrued on the loan Japan will issue, and a further Sh247 million front-end fee.

About 1,200 residential and 833 commercial buildings will be brought down to pave the way for the bridge on both sides of the channel. The cost of compensation is expected to hit Sh12 billion even before construction starts three years from now, in 2022.

Likoni sub-county will account for 82.5 per cent of land to be acquired for the project, according to documents seen by the Saturday Nation.

The bridge will start on Lumumba Road, near Jela Baridi Prison in Majengo. It will go over the Mombasa Railway Station, Moi Avenue and Archbishop Makarios Road before it starts the arc over the Likoni Channel at Mwenza Creek. On the mainland side, it will join the Southern Bypass at Ziwani through Mtongwe Road.

The cable-supported bridge will tower over the channel by 69 metres at the highest water level and will be 1.4 kilometres long.

The Likoni and Mtongwe channels are the only links that connect the island and the mainland to the south.

Ferries in the Likoni channel carry about 320,000 people and 6,000 vehicles a day, leading to massive congestion on both sides of the channel.

The proposed implementation schedule for the project indicates that the selection of the consultant who will provide a detailed design of the bridge should be done by the end of this year.

On Tuesday this week, Kenha advertised for consultancy services for tender assistance and construction supervision of the project.

The parastatal will work closely with the Japan International Cooperation Agency.

‘How I escaped death in Saudi Arabia’-Kenya woman

VIDEO: Woman and her two husbands arrested in Migori

VIDEO/PHOTOS: Nigerians Can’t Understand Why Kenyans are Complaining About SGR…