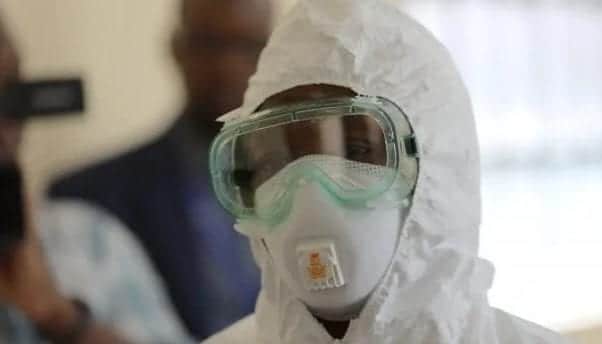 World Health Organization has told us that, “Older people and people with pre-existing medical conditions like asthma, diabetes, heart disease appear to be more vulnerable to becoming severely ill with Corona Virus.” Differently put, even though it clear that the virus can infect everyone it also true that most young people are only presenting with mild symptoms. Kenya (and indeed Africa) has one the most youthful population in the world.

The table below compares U.S. and Kenya most susceptible ages and some of these preexisting condition.
It’s clear from the numbers above (click the link above to see table) that nations who are dealing with severe cases of COVID-19 are also burdened with huge portions of their population that have preexisting conditions. As such, each country’s likely clinical outcomes will not only determined the precautions they take but also its population profile. Thankfully in our case, our population is young and healthy.
More Related Stories
NEWS

Youth is however not immunity to the virus but it’s the only what we have going for us when you consider what is currently known about Northern Italy’s and the America’s COVID-19 prevalence and severity. Kenyan population under 24 years old is 60%.  In the light of this and the advice from WHO that majority of young people who will contract COVID-19 are likely to present with mild symptoms, we should not shut down our economy just because that’s what everyone is doing. In fact, it would appear that they have completely shutting down their economy but be informed, they have not. Local flight in the U.S. are still on; you still can fly to California from New York. Shops, Markets and Restaurants are still open, with only minor adjustments.
Kenyan government therefore should not copy paste preventive measure applied somewhere else as they do not fit our situation. It would make perfect sense to tell everyone to hanker down indoors if we all have food stashed around in our kitchen to feed us for weeks to come. But sadly, that’s not the case. In contrast, every working American will be getting a check this month from U.S. government of $1,200 (Ksh. 120,000) to keep their economy from grinding to a halt. In addition, 10 million American will get assistance for more than 6 months from the U.S. government after losing their jobs occasioned by the virus in the last few months. That means that the unemployed in the U.S. will still be able to feed his family for 6 months. It’s clear that the U.S. has the luxury of ordering everyone to stay indoors because they can feed them while keeping the cogs of the economy rolling albeit at crawling speed.
Can we possibly feed 20 million for weeks to come leave alone the entire 48Million of us? If the government gave a bare minimum of Sh. 100 daily to 20 million Kenyans, we would need Sh2 Billion EVERDAY. Even if everyone pitched in, as we have been asking people to do, on the 2nd week everything would grind to a halt. No amount of giving can prevent the pending the collapse. We are about to enter deep economic ditch that would quickly turn into a social collapse. A situation where every man would be for himself. In this situation, the police cannot remain disciplined or accountable and they will rein terror on the population. Every house that might be deemed to have food will be an easy target for gangs and the hungry. So let’s not pretend we can simply do what everyone is doing and ignore the enormity of the problem that confronts us. We must make judicious decisions that are not borne of carelessness but informed by our reality as well as our blessing. The reality of lack of cushioning resources like the U.S. and the blessing of youth that we are so abundantly endowed with unlike other countries devastated by COVID-19.
I urge the Kenyan Government to let the less susceptible (which is most of us) to go out and continue operating businesses and work provided they are wearing masks (even homemade) or bandanas if that’s what available. We will still remind everyone to wash hands, sanitize and not touch faces and not shake hands. In this situation, the most susceptible will now be a couple of millions. This is a number we can manage to provide food for in the weeks ahead, as they strictly stay indoors waiting for the coast to clear. The elderly and the ones with pretexting condition can wear a yellow badge or piece of cloth on their shoulder for everyone else to know to ensure their safety when they have to venture outside.