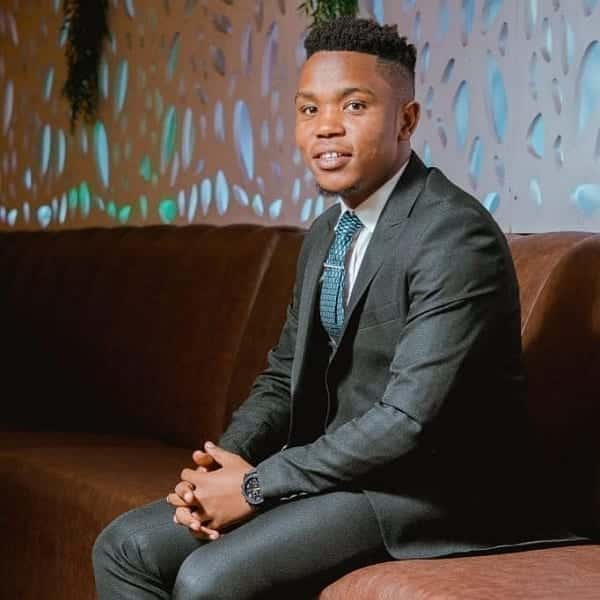 Kenya is one of the leading countries with an ever-growing comedy industry. This has helped change the lives of many people for the better. Case in point, if you love listening and watching any comedy show, you have probably come across Sammy Kioko. He is a comedian with a unique talent that will leave anyone laughing out aloud.

The comedian became more popular after winning the Ultimate Comic show. Ever since he has become an icon and a popular comedian. He has devoted his time to improving his life and that includes attaining a degree in Bachelor of Education, which he recently graduated.

Kioko was born in Mombasa County. He later moved to Machakos, where he lived in his early childhood before moving to Nairobi to further his education. When he was younger, Kioko had no plans of becoming a comedian but wanted to become a professional teacher.

In high school, he was more interested in sports such as rugby and football. While in high school, he joined a new comedy category that was introduced in drama festivals. He qualified to the national level where he came second, which cemented his entry into comedy.

After his high school, Kioko found it wise to go back to school and get a degree to help him in the future. He enrolled in KCA University and graduated with a Bachelor of Arts in History and Swahili. He has, therefore, attained his childhood dream of becoming a teacher.

Sammy Kioko’s career in comedy began in high school after he joined the comedy category in drama. He further pursued his dream of becoming a comedian when he joined KCA university. In the university, he was part of the comedy team and represented the university in competitions.

In these comedy competitions, he managed to get the second position at the national level. Sammy joined Kenya Broadcasting Corporation, which was also a good platform for him to nature and better his comedy skills.

He first auditioned for the Churchill show in 2015 but he was unsuccessful in it. However, this did not throw him away from acting. Instead, he joined an acting group and started portraying the characters in set books. He acted the set books for about two years, which was also advantageous as it sharpened articulation and stage performance skills.

The comedian has become popular after winning the Ultimate Comic. Actually, it was not his original idea to audition for the show. He decided to pursue the gig after a set book play that was supposed to be held in Nakuru was canceled.

On that day, he decided not to go home but instead try the auditions held in Kenya National Theater. Among the many people that auditioned, he managed to be among the 36 people who qualified for the competition and later made it to the top three. On March 31st, 2018, he managed to get the award as winner of the stand-up comedy show competition. He was crowned the Ultimate Icon on Maisha Magic East reality TV show. The other two competitors of the award were Oloo Daniel and Amos Kiptabut, and the judges were Massawe Japanni, Tony Njuguna, and Felix Jalang’o

After Kioko managed to be the winner, he could not conceal his excitement, knowing that he had won a one million cash price and a classy Tida that had been on display. Additionally, he signed a one-year contract TV deal.

After this award, he performed in the Churchill show, where he has become a favourite to many people with his witty and funny jokes on the show.

Sammy Kioko in fashion and his brand

One of the things that you may know about Sammy Kioko is that he has a great sense of fashion. This should not be a surprise since Kioko is also a designer. Before he could sustain himself through comedy, he used to buy shoes in Gikomba, thus beginning his passion in fashion. Currently, he designs and sells suits using his name, which is now a brand. For this reason, you can expect to always see him top in the fashion game. Sammy Kioko also has a YouTube channel with many videos and subscribers. Most of the videos on his channel are of his comedy plays and performances. As a result, his channel has attracted huge attention and is currently being watched by more than 100,000 people.

Contrary to past rumours, Sammy Kioko mentioned in a previous interview that he is not married. However, his girlfriend is Jane Wanjiku Kimiti, who he has been dating for several years now. The two lovers have been sharing photos of them spreading their love on their social media accounts. They were also a highlight on February 14th when they shared a photo of themselves in red attires to show that they were celebrating Valentine’s day. Judging on the photos on their social media accounts, the two love each other to death.

Sammy Kioko used some of the money that he got from Ultimate Comic to better his parents’ lives. Since his parents are not together, he built a house for his father, who had been a serial drunk before and opened a shop for his mother, who had been struggling with her business.

Details on Sammy Kioko’s age and date of birth are still unknown. However, based on his looks and zeal, he is still in his youthful years. Over the years, Sammy Kioko talent has had made him an icon and a role model, more so to those who would love to become comedians in the future.

In other news, Tuko.co.ke gave a clue on the kind of salary a top comedian in the world earns. Trevor Noah who ranked fourth in the list of KSh 2.8 billion from 2018-2019. However, a huge chunk of the earnings are from several business ventures. Kevin Hart, Jerry Seinfeld, and Jim Gaffigan are other comedians who also made it on the list of highest-paid comedians in the world. Amy Schumer was the only female comedian on the list with an earning of around KSh 2.2 billion.

Video:Mrs. Fatou Bensouda, are you a puppet of the West?