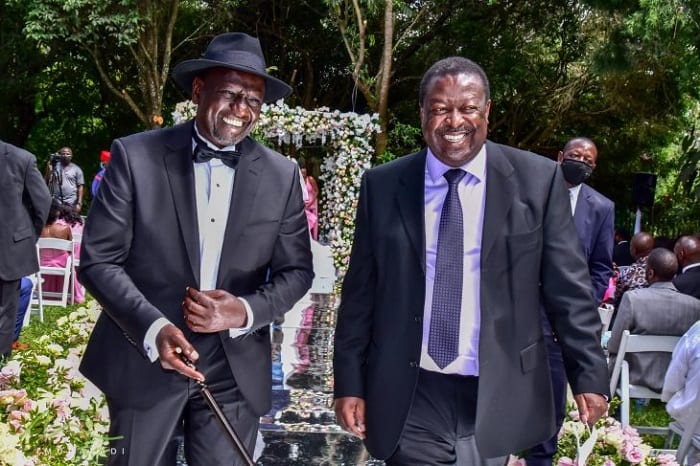 The elegant ceremony held on Thursday, May 27 at DP Ruto’s private residence along Koitobos road was attended by key leaders in the country among them MPs and other government officers.

Videos and photos making rounds online revealed a visibly delighted Ruto along with his wife Rachel Ruto with their daughter June and other visitors.

Among those who attended the ceremony are ANC party leader Musalia Mudavadi, Elgeyo Marakwet Senator Kipchumba Murkomen and his nominated counterpart Elizabeth Omanga.

In his message of congratulations, Mudavadi tweeted, “I am honoured to be among the distinguished guests who attended the celebration of Deputy President William Ruto’s daughter, June Ruto and her fiancé Alexander Ezenagu as they exchanged vows today. Indeed, family ties are key in building societal values.”

The colourful ceremony brought together two cultures after successful dowry negotiations were held at Dr Ruto’s residence in early May.

Protest as Nyeri Governor impose a preaching Tax on Churches