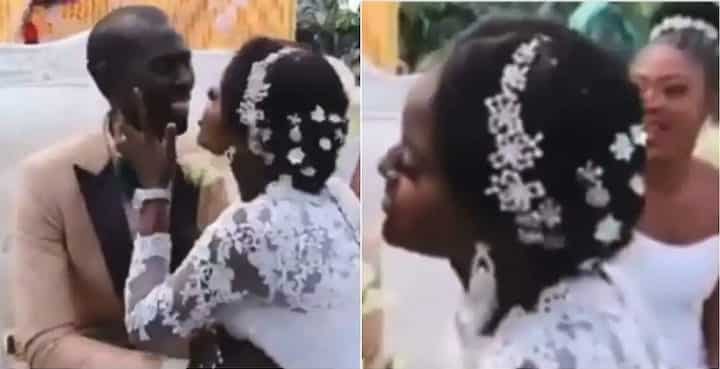 A shy groom who could not kiss his spouse on their wedding day has caused a stir on social media after a video of the incident emerged online.

The groom, who appeared shy to reciprocate the gesture, kept avoiding the kiss as guests who had attended the wedding urged him to kiss the bride.

Instead of kissing the bride, the shy groom kept on smiling and could even be seen responding to an unidentified lady who tried to ask him why he did not want to kiss his wife.

Ruracio Cancelled After Discovering The bride To Be Had A…

More talk as Uhuru is received by Matiang’i, Ruto in Manyani

Uhuru fly to Burundi as Obama jets in Tanzania

Video:Street preachers to be charged Sh1500