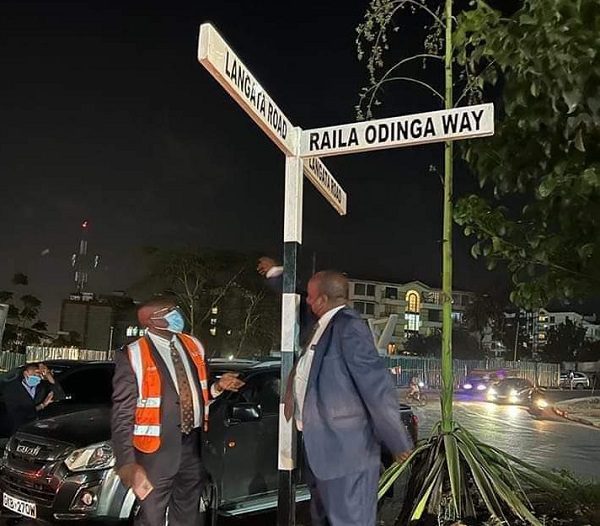 There was mixed reactions from a section of Kenyans  following the move by  the Nairobi Metropolitan Services (NMS) to rename Mbagathi Way to Raila Odinga Way.

The naming of the road comes after the Nairobi County Assembly passed a Motion endorsing the name change about a month ago in honor of Raila Odinga.

The new road sign was changed on Thursday night and pictures made the rounds on social media with a section of Kenyans applauding the move while others criticized it in equal measure.

In May, the Dik Dik Road in Nairobi was renamed after trade unionist Francis Atwoli but the move was condemned, with the signage pulled down on several occasions.

Mandatory Rules for Kenyans Seeking Jobs in the Middle East

INVITATION TO KENYA INTERNATIONAL DAY OF PRAYER TELE-CONFERENCE ON FEBRUARY 23, 2013.